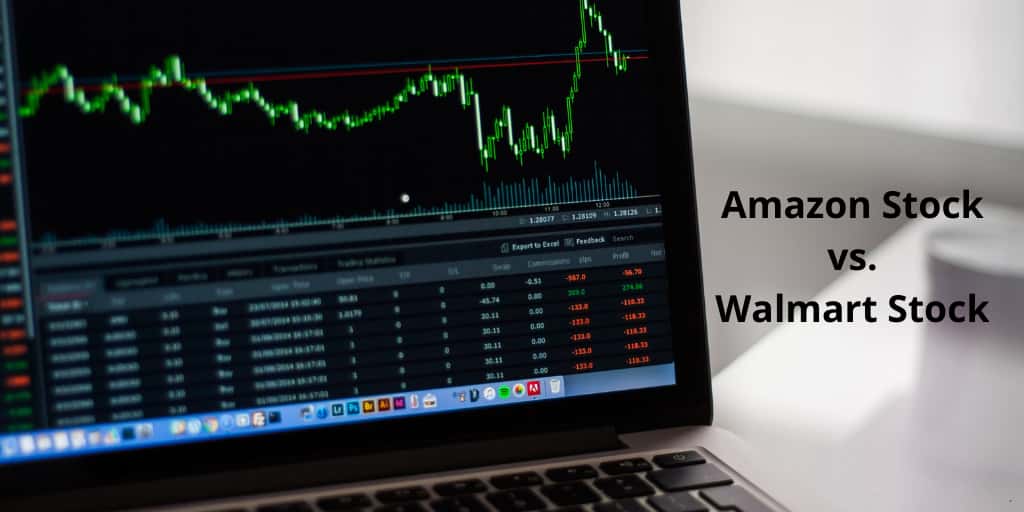 Amazon vs. Walmart Stock: It has been a topsy-turvy war of the two retail giants with no end in sight. Walmart is the venerable emperor of brick-and-mortar discount stores; whereas Amazon is the king of online retailing.

But now the line separating traditional and online retailer is disappearing with both the companies taking challenges with strategic move. Walmart invading the e-commerce space by acquiring jet.com, the online platform for Walmart shopping. Amazon snapped up Whole Foods Market, the brick-and-mortar retail business.

There is a real debate about which is a better buy stock between Amazon and Walmart. Let us look at some important aspects of both the companies:

When it comes to revenue, Walmart is at advantage – it is much ahead of Amazon by revenue. Walmart’s sales in the year 2017 surpassed $500 billion which is almost three times more than Amazon. This makes Walmart enable to put a much bigger price squeeze on suppliers than Amazon.

At the same time Amazon has embraced Whole Foods which indicates that it intends to share a bigger piece of Walmart’s retail pie, given the fact that half of the Walmart sales is from the grocery sector.

Amazon is also undergoing some other major changes; it is expanding apparel sector and has introduced its own private label too.

The competitive barriers between the two companies continue to get higher and higher. According to the revenue experts, it is more and more difficult to justify the better buy.

With the concept of omni-channel retailing, consumers can buy groceries and other items online and have them delivered or pick them up. Payment can be made through mobile phones.

According to analyst Walmart is a worthy competitor as Walmart’s footprint is enormous. There are Walmart stores within five miles of 70% of the U.S. population. This is an added advantage when it comes to services such as grocery pickup, e-commerce pickup and support services.

Walmart’s stock growth rate has not been much impressive last year, it is little better currently. Amazon’s revenue growth accelerated to 33% and its earnings are expected to get doubled. Amazon is growing faster.

Though Walmart didn’t show remarkable growth in its stock, it increased its dividend and made payout of $2 per share. The company has stability and increased growth for 44 years consecutively.

Though Amazon is gaining momentum and looks a winner, income investors can consider buying Walmart stock.