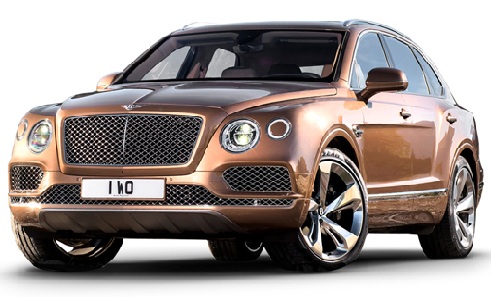 The new Bentayga can be booked at Exclusive Motors, Bentley’s dealer in India. It is available at price Rs 3.85 Cr. According to Satya Bagla, managing director of the Exclusive Motors, the SUV is available in limited edition and already bookings have been confirmed in three number digits and the company will start delivering it in a couple of week’s time. Bentley is to set a benchmark for SUV segment in India with the arrival of this Bentayga.

The Bentayga SUV is designed, engineered and handcrafted in Crew, London. The Company had first showcased the new SUV at the 2015 Frankfurt Motor Show. Each aspect of the SUV has been designed to provide the best luxury you can get for a car.

It can accelerate from 0-100 kilometers in 4 seconds. It can speed up to 301 kmph. It is powered by a twin-turbocharged 6.0-litre W12 engine which produces 600 bhp. The SUV is equipped with a large matrix grille, four distinctive floating all-LED headlamps, B-shaped wing vents and skid plate integrated into the lower section of the front bumper.

With a view to expanding Bentley’s presence in India, Exclusive Motors is also setting up a new showroom with service facility at Hyderabad within two months. It already has outlets in Delhi and Mumbai.

Currently, Bentley produces about 2,600 – 2,700 units of Bentayga, the company has the plan to make it 3,000 in the first year. With 3000 units booked already, a buyer will have to wait for at least a year to get it delivered.

Bentley sells other two SUV models such as Continental GT and Flying Spur priced from 3.55 crore. The company has its presence in 55 countries and has over 200 dealerships.