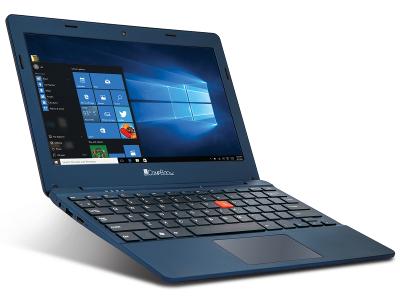 iBall in collaboration with Intel and Microsoft has launched new laptops starting at low price of Rs.9,999.

IBall has launched the new laptop under its sub brand “iBall CompBook”. The product is available at affordable price which makes it available to consumers having low budget.The company said that it narrows the gap between consumer requirements and the device currently available in the market.

Director and CEO of iBall, Sandeep Parasrampuria said “Our latest products are focused on innovation with pricing as we understand the needs of young India and most of the digital gaps can be bridged if technology is made affordable.”

Both laptops run on Windows 10. Both the laptops are powered by an Intel Atom Z3735F processor with 2GB of DDR3 RAM. The CompBooks have a VGA (0.3-megapixel) webcam and 32GB of internal storage. The storage can be expanded through microSD card slot (up to 64GB). Laptops have dual speakers at the back with connectivity options like Bluetooth, Wi-Fi, HDMI port and two USB ports.

Multi touch functionality is available on the touchpad of Laptop. iBall has also introduced CompBook Excelance Pro and CompBook Exemplaire Pro that comes pre-loaded with the Windows 10 Pro version. The prices for these laptops are Rs. 19,999 and Rs. 24,999 respectively.