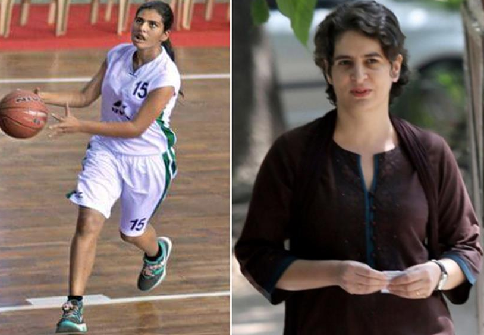 Miraya Vadra, a daughter of Priyanka Gandhi grabbed the focus of the center for all as she was on the field playing basketball match along with the team from Haryana.

A match was scheduled between Tamilnadu and Haryana on Tuesday at 10:45 am. Tamilnadu outperformed Haryana with the score of 27-6. Tamilnadu’s Pavithra has excellent who scored 36 points herself.

Miraya was accompanied by her mother to Puducherry to see her playing on the field. She went separately with her mother and stayed in a hotel. High security was beefed up at the hotel where they stayed.

Miraya is 14 years old. She is tall and fit. She played her match against Tamilnadu, it was her first match. She was wearing 15 number Jersey and played in the second quarter of the match, but failed to score a point.