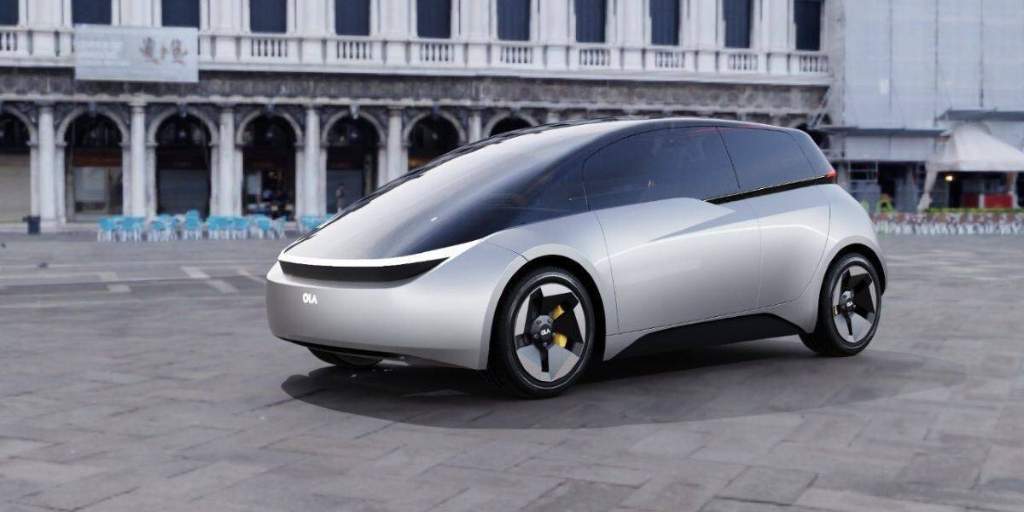 Bhavish Aggarwal, who is credited with establishing India’s premier ride-hailing vehicle startup, has recently expanded into the auto industry again.

Ola Electric’s event’s Independence Day announcement is over and the company has confirmed the upcoming launch of its EV car.

Bhavish Aggarwal, the founder, and CEO of the company said the car is projected to debut at the start of the 2024 model year and claims that it will have more than 500 kilometers of driving range on one charge.

Aggarwal also indicated that Ola plans to release two car models and six individual vehicles, all of which will be manufactured at its gigafactory outside Tamil Nadu after it was expanded.

The SoftBank-backed EV unicorn also rereleased the Ola S1 e-scooters with enhancements such as music playback, navigation, and reverse mode.

To commemorate the 75th anniversary of India’s independence, it unveiled a special edition of an Ola S1 scooter called the ‘Freedom Edition’ in khaki green color. At Rs. 1, 49, 000, only 1947 units were planned to be made of this limited-edition scooter.

Ola Electric plans to launch its first electric car by the summer of 2024, and its entry-level model will cost less than $50,000 (approximately Rs. 40 lakh), as opposed to the global outlay for a comparable thing of approximately $70,000.

He unveiled plans to venture into the electric-car market on Monday to compete with local giants like Tata Group and global automakers from Hyundai Motor Co to Tesla Inc.

Aggarwal expounded on plans to have your group expand its specialized EV “factory” by setting up your current plant in the state of Tamil Nadu, which currently produces electrical vehicles.

Ola Electric plans to build its own battery technologies, starting with a lithium-ion cell as it is looking to reduce expenses by offering locally produced items.

Ola Company’s goal is to forge a path toward self-reliance in the relevant technologies and then produce a made-in-India electric vehicle as Aggarwal said.

He showed Battery modules on screen and claimed that it is made from cells developed indigenously by Ola Electric; this is a first for any Indian vehicle OEM.

But individuals all over the world are just beginning to use electric cells and batteries. If we’re willing to invest now and at scale, we will lead the worldwide market, Aggarwal said.

According to Ola, it recently signed an agreement to produce the batteries in India under the Center for Energy production-linked incentive (PLI) scheme.

The company as the only Indian electric mobility company selected by the government under the Rs 80,000-crore cell PLI scheme was selected for the bid in a total of 20 GWh capacities.

Aggarwal’s supporters include SoftBank Group Corp. and Tiger Global Management, which announced the vehicle on a day when India celebrated its independence from British rule, and exactly a year after Ola introduced their electric scooter.

In the coming years, India’s anticipated role as the world’s largest country will take up significant international quotas in terms of electric cars.

For instance, India’s meager rate of electric vehicles is significantly lower than the United States and China, as well as in other industrialized countries like the European Union and Brazil.

The crowded state of the marketplace led Indian auto company Mahindra & Mahindra Ltd., a part of the prestigious Mahindra Group, on Monday to launch five electric SUVs, or SUVs, designed in the UK. The firm intends to begin producing the initial e-SUV by the end of 2024.

Ola had intended to go public in the first half of 2022, but the initial public offering has been delayed, likely due to market volatility and underwhelming startup companies in India this year.

However, the entrepreneur has been tweeting teaser videos of a red car with only its rear wheels visible, as well as cheeky Bollywood movie one-liners, ahead of the Monday announcement.

Ola is moving ahead with its plan to create what Aggarwal has named a seat at the world EV table.

Last year, he unveiled what was billed as the world’s largest electric-scooter plant at a site three hours’ drive from its headquarters in Bangalore.

According to the Federation of Automobile Dealers Associations of India (FADA), in 2021-22 (April-March), Ola Electric had a market share of 0.79% in the Indian two-wheel electric vehicle segment.

Hero Motors became the leading firm with a market share of over 32 percent. In July of 2022, Ola’s market share was 0.34 percent, according to FADA’s data.

The aim was to pump out about two million scooters annually but some factors affecting like delivery delays, product quality issues, and, in some cases, scooters catching fire plans have been marred.

Traditional combustion-engine scooters and motorcycles remain the most popular means of personal transport in India and dominate the country’s roads.

Some 0.32 million such vehicles were sold in India in 2021, an increase of 168% year-on-year, according to the government’s India Brand Equity Foundation.

India is projected by the foundation to become the world’s third-largest auto market by 2030, and the government has made ambitious electrification goals for the period.

“Even though we are not the only firm currently providing both ride-sharing and electric mobility, we are the only institution that has combined them”. Aggarwal said. Read more articles on wink24news.