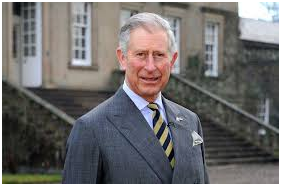 Prince Charles has set the record as the longest serving Prince of Wales. The prince has held the title for 59 years, one month and 15 days. Till now the record was held by Edward VII who remained prince for more than 59 years. Charles was declared Prince of Wales on 26 July 1958, though his investiture was conducted on1 July 1969. He took a seat in the House of Lords in the year 1970.

Prince Charles has a long history of the nation and has played a vital role. The royal highness is a very understanding person and has warm and friendly personalities. He is outspoken and can cut good jokes at times. He takes a genuine interest in community life and listens to everyone. He has worked for several humanitarian and social issues. He has founded numerous charitable organizations.

He promotes organic farming and has established Duchy home farm himself to produce organic food. He is an environmentalist and also advocates actions to combat climate changes. He has been honored with several awards and recognitions for his work in the field. He is also a supporter of alternative medicinal therapy. He also advocates conservation of world heritage. He has written a number of books which include ‘A Vision of Britain’. He also has written children’s books.

Charles was the first grandchild of King George VI and Queen Elizabeth to be born at Buckingham Palace. He earned a Bachelor of Arts degree from Trinity College, Cambridge. He has served in the Royal Navy during 1971-1976. He married Lady Diana Spencer in 1981; the couple had two sons: Prince William and Prince Harry. Prince Williams has become Duke of Cambridge. Unfortunately, they took divorce in 1996. Charles married to Camilla Parker Bowles in 2005.