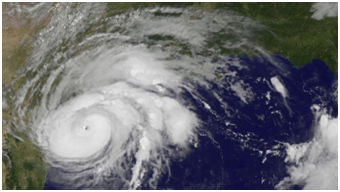 Hurricane Irma track weather channel: Hurricane Irma has turned into a powerful Category 4 storm on Monday as it heads for the eastern Caribbean. It is forecasted that it will start buffeting the region Tuesday. Florida Government has declared a state of emergency in 67 counties and people have been asked to prepare for the worst. Ricardo Rosselló, the governor of Puerto Rico has also declared a state of emergency and National Guards have been asked to remain alert.

As the weather forecasts and warnings from officials, Irma moved toward Florida’s doorstep on track for landfall this weekend.

Hurricane warning has been issued to Puerto Rico by National Hurricane Center. Puerto Rico Government has issued an order that classes will not be held in the public education system as well as in the University of Puerto Rico. This is a measure of the safety of the people.

Irma was about 410 miles east of the Leeward Islands at 11 p.m. ET, Monday. The wind was blowing at speed of 140 mph and shifting towards West at 13 mph in the Atlantic Ocean. It is likely that Landfall may take place early Wednesday on the island of Anguilla.

The path of Irma is very uncertain, residents in Florida and Puerto Rico have been urged to remain prepared. The emergency management officials are ready to take up any situation.

According to the hurricane center, swells in the oceans generated by Irma would impact the northern Leeward Islands. It may cause dangerous surf and rip current conditions. Besides, Puerto Rico, other Caribbean islands are also under Irma hurricane warnings which include Antigua, Anguilla, Barbuda, St. Kitts, St. Eustatius, St. Martin, and others.

A hurricane warning is issued 36 hours before the anticipated storm and it helps people remain prepared to meet the unavoidable circumstances. The warning means difficult conditions may occur within the warned area.

According to CNN meteorologist officials, Irma is shifting towards the warmer water and it will intensify the storm. It is likely to strengthen this week only.

President Donald Trump has also assured to offer the full resources of the federal government to face impacts of Hurricane Irma.