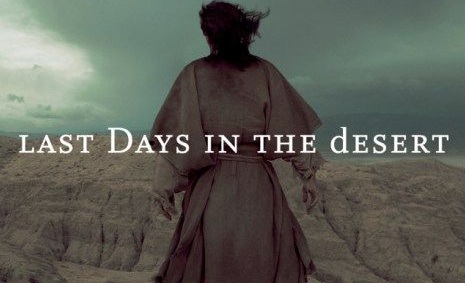 Reviews of ‘Last Days in the Desert’ 2016 Movie

Rodrigo Garcia’s “Last Days in the Deserts”, talk about Christ being send as man among the lost souls of the world. It shows the human side of Jesus who is in conflict with his own doubts as he wanders in deserts of Judean.

In the movie, Yeshua’s, Hebrew name for Jesus, relationship with God has been kept personal and private. The movie neither includes any theological debates or length quotations nor any parables, words of wisdom or reflection on eternal life-Ayelet Zurer, and their son- Tye Sheridon. The son is at an age at which he wants to explore the modern city but is confused whether he should go to city or wants to uphold father’s honor by completing the house he has been building.

All of the three family members are aware that lady of the house is about to die. Jesus has to leave them and he feels guilty in leaning them in such conditions. Here, Satan makes a deal with Jesus. Satan says that if Jesus solves the family problem up to everyone’s expectation successfully, he will save Jesus from remaining emotional abuse and harassment.

The movie is shot in Anza Boreggo Desert state Park located in Southern California. Cinematography by Emmanuel Lubezki is excellent. Sound track by Saunder Juriaans and Danny Bensi has depth.

The movie in between moves at snails speed which makes it a bit boring. However, Ewan McGregor’s performance is able to win hearts of audience. It is not an easy task for anybody to play Jesus and devil in the same movie. McGregor as devil portray not much of an evil but more of an eternal trickster. As Jesus, McGregor displays kindness and wisdom. The character also shows fear to gather the strength to walk on a path that will finally lead to his crucifixion. McGregor has delivered one of his greatest performance in the movie.

One may find the movie dull and unremarkable but McGregor performance is enough to steal the show. The movie is not at all controversial but a conventional religious tale. It successfully grasps faith and mortality.