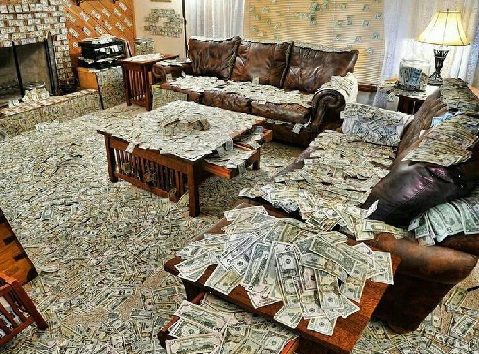 Hard work in the right direction and a bit of luck can change fortunes. Some people are born with silver spoon others really work hard and gain name and fame. The fortune is then passed from generations to generation. Some increase their fortune to many folds and some ruin it. Here below is the list of ten richest families of America and list of American billionaires or super rich people. Let’s check one by one.

Walton family is considered the richest family not only in America but in the entire world. It topped the Forbes list too. Sam Walton and James Bud started Walmart, world’s biggest retailer, in a small Arkansas town in 1962. The company started then has come a long way now. It now has around 11,000 stores in 27 countries. Till June 2015, Rob Walton was the chairman of the company from past 23 years. Now Greg Penner, Rob’s son in law, is the current chairman of the company.

Together all the shareholders of Walmart from the family hold around 54% of total shares. The entire fortune left by Sam and James is now held by Sam’s three living children and daughter in law and James two daughters. The net worth of the Walton family is $149 Billion.

Koch family is known for their political activities and their control over Koch industries. Koch Industries is the second-largest privately owned company in the U.S with more than $100 billion in the sale. Koch Industries was started by Fred C. Koch. He found a new technique of refining crude oil into gasoline.

Charles G. Koch and David H. Koch, the only two sons of Fred still with Koch Industries, individually hold 42% of the shares of the company. The family also owns non-profit organization known as Koch Family Foundations. It started with Fred and Mary Koch Foundation in 1953.

The Mars family owns Mars, Inc., the largest candy company in the world. The company was started by Frank C. Mars. It was declared as the richest family in America in 1988 by Fortune magazine. In 2012, with $30 billion sales it became the third largest privately owned company in the U.S. Snickers, the most famous energy bar in the world and the famous, largest selling dog food Pedigree are products of Mars family.

The family doesn’t like to give interviews or get photographed in public. The net worth of the Mars Family is $80 billion.

John took over the business in 1909. The family leaves 80% of their income inside the company every year for reinvestment. The net worth of the family is $45 billion.

The Cox family owes its fortune to James M. Cox. He is the founder of Cox Communications. In 1898, he purchased the Dayton Evening News and purchased Atlanta Georgian and the Journal in 1939. The company then expanded to TV, radio and more. Cox Enterprises includes Cox Communications and Cox Media Group.

Now Cox Communications has become the seventh largest telephone carrier in the U.S. It has 6.2 million customers. In June 2015 company announced $4 billion deal to acquire DealerTrack, the company making software for car dealerships.

The company is now headed by Anne Cox Chambers and James C. Kennedy. The net worth of the family is $34.5 billion.

Hearst Corporation, world’s largest communications media house, makes Hearst family one of the richest family in the U.S. It was established by William Randolph Hearst. The company successfully publishes 15 daily, 36 weekly and 300 magazines around the world. Some of it include Cosmopolitan, Esquire, Harper’s Bazaar, Elle and The Oprah Magazine.

A subgroup of the company, Hearst Television, runs 29 television stations including ESPN. The net worth of the company is $32 billion.

The family also owns the Marmon Group, the Superior Bank of Chicago, the Transunion Credit Bureau and the Royal Carribean cruise line. There are 11 individual billionaires in the family. The net worth of the family is $30 billion.

The S.C Johnson family owns S.C Johnson & Sons company which is a global manufacturer of household cleaning supplies and other consumer chemicals. The company is named after its founder S.C Founder. He started a Parquet flooring company in 1886 and developed a floor wax two years later.

Every year since 2003 the company has managed to receive 100% rating on Human Rights Campaign’s annual Corporate Equity index report. Herbert Frisk Johnson III is the current chairman and CEO of the company. From 2005 to 2011 the Forbes listed the company in one of the 10 companies to work for. The net worth of the family is $28.8 billion.

The Johnson family owns Fidelity, the second-largest mutual fund industry in the United States. Fidelity was founded by Edward Johnson in 1946. His son Ned Johnson ran the company from 1977 to 2014. He is still chairman of the board.

Ned’s daughter Abigail is the present CEO of Fidelity. The net worth of the family is $26 billion.

Dan Duncan, who was born in a poor family and raised by his grandmother from age 7, is the founder of Enterprise Products. The company is one of the biggest natural gas and pipeline companies of the world. Dan Duncan was listed richest person in Houston and the third richest person in Texas by Forbes magazine in 2007.

After his death in 2010, Dan’s $10 billion estates was shared equally by his four children: Randa Duncan Williams, Milane Frantz, Dannine Duncan Avara and Scott Duncan. Scot Duncan is the youngest billionaire of America. The net worth of the Family is $22.4 billion.