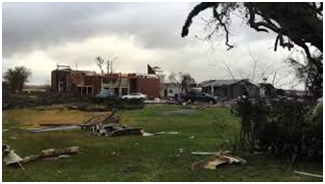 Severe tornados hit Louisiana and Mississippi causing damages to both the states on Tuesday. It took death toll of 3 with several people getting injured. It rendered many homeless as it destroyed many houses. A water tower also got toppled. You may check here Tornado 2016 video and photos.

The world is yet to come out of the trauma of the devastating cyclone Winston which struck Fiji islands recently on 20th February. Natural calamities are taking its toll on the human race!

Mississippi River hamlet of Convent in Louisiana was affected the worst with 90% of its mobile homes possibly got destroyed. Rescue operations are going on in full fledge, transporting injured to the hospitals, providing emergencies help and supplies. The rescue crew is trying to find if anybody is trapped under debris. Two or three people have been found missing. 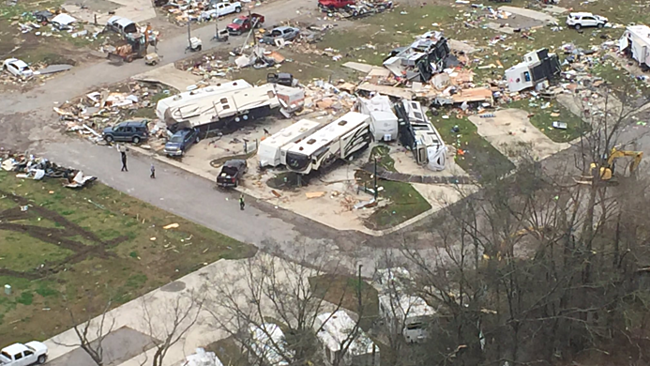 According to the CNN reports, at the end of the day, Tornado hit across Louisiana, Mississippi, Alabama and Florida causing number of damaged and many roads were blocked as trees fell at many places. 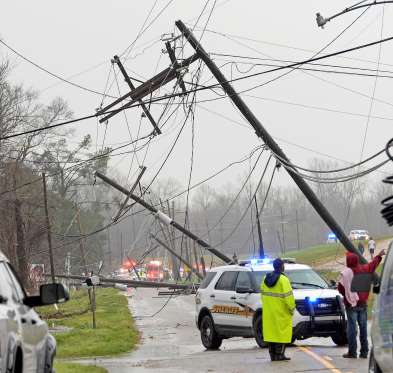 Forecasters say the risk of severe storms, powerful winds, hail and tornadoes may continue on Wednesday from Florida to the Mid-Atlantic with the prediction that Carolinas and Virginia might get worst affected due to the severe weather.

The government has declared an emergency in the seven storm affected parishes. Schools and colleges remained closed as in Louisiana and Mississippi following further warning of severe weather conditions.