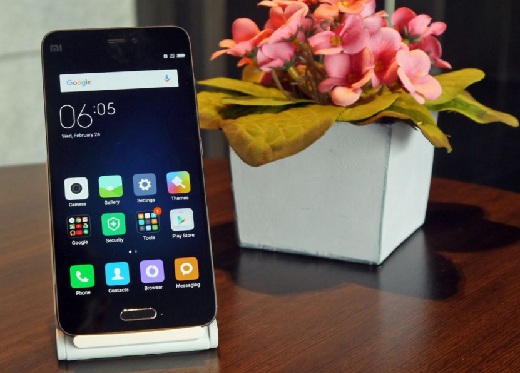 Xiaomi Mi 5 Coming to India on March 31: Here’s Everything We Know So Far

Fans of Xiaomi in India have reasons to cheer! Xiaomi is all set to launch its new flagship smartphone Mi 5 and Mi 5 Pro in Indian market on March 31. A user may interested in Xiaomi Mi 5 Online Sell Date and Time in India or buy now or register online for Mi5. The Company is to launch it an event to be held at Delhi and has started sending out press invites for the event.

Xiaomi is a Chinese tech company and has recently unveiled Mi 5 at Beijing. It has received the tremendous response in Chine with about 16 million registrations. It is priced there at 1999 Yuan there which amounts about Rs 21,000. It could be priced between Rs 20,000 and 27,000 depending upon the variant.

Mi 5 is the successor of Mi 4 and is powered by Snapdragon 820 processor. Mi 5 features 5.15 inch full HD display with a resolution of 1920 by 1080 pixels in an aluminium frame with curved 3D ceramic glass. It runs on an Android Marshmallow 6.0.

Mi 5 has three variants: 3GB RAM/32GB storage, 3 GB RAM/64 GB storage and 4GB RAM/128 GB storage called Mi 5 Pro. Xiaomi has not made it clear whether it will launch all the variants in India.

The device houses a 16 MP primary camera with selfie 4 MP camera. It features a 3000 mAh battery that supports for Quick Charge 3.0. The handset is also equipped with a USB Type-C port and supports 4G, Wi-Fi, NFC, VoLTE, Glonass, and Bluetooth 4.2. It weighs 129 g.

Earlier this month at the launch of the Redmi Note 3 in India, Xiaomi CEO Hugo Barra had revealed that the Mi 5 handset would be “coming to India in a month” and it has kept its promises with this new launch.