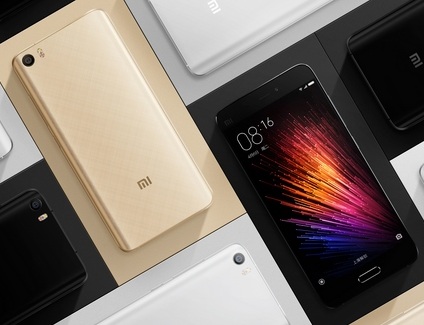 Buy Xiaomi Mi 5s in Online Registration: Xiaomi well- known Chinese electronic company that designs, develops and sell smartphones, laptops, and other electronics has been sending an invitation for the event that will take place on 27th September 2016. However, nothing has been revealed about the main purpose of the event but the Letter S is enough to suggest that Xiaomi Mi 5s will be the center of all talks.

It is almost clear the on 27th September, company is all set to launch the much-talked about a variant of Xiaomi Mi 5 snapdragon 821, XiaomiMi 5s. Several rumors in the past have suggested that Mi 5s will be an upgraded model of Mi 5.

It is expected that the new Xiaomi 5s will have a 5.5-inch display with 3D Touch. There will be a 3,490mAh battery. It will also feature powerful Snapdragon 821 clocked at 2.4GHz. The internal storage will be 256GB.

Talking about the camera, it is said that there will be 4MP front-facing a camera and 16MP rear camera. According to some rumours, there will be a dual camera on the rear like Samsung. The phone will run Android Marshmallow with a layer of MIUI 8.

It is also being said that there will be fingerprint scanner that will resemble iPhone 7 tactile home button. For now, there is no official statement about the specification of XiaomiMi 5s, there are only speculations.

The company has only sent invitations and has not revealed anything about what is actually an event for. It is signalled by S that the launch will be of Mi 5s and all the features discussed are speculations too. How much of this rumours are actually true will only be revealed on 27th September, when the event will take place in China.