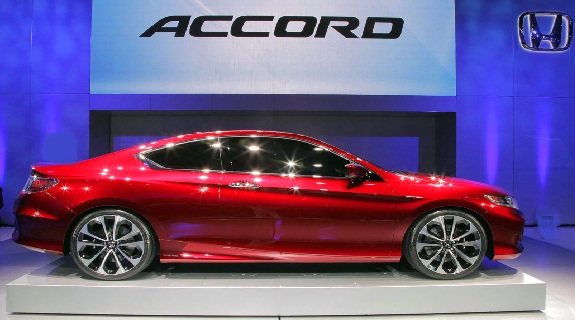 All New Honda Accord Launched in Delhi Auto Expo

New Honda Accord Pics: The Honda Accord was once the darling luxury car in India. You may see here 2019 Honda Accord pictures and reviews. It was not only the best seller but also a benchmark sedan for many buyers. Due to rising competition and lack of diesel powertrain, Accord saw a major setback. Honda has to pull out Accord in 2013 following poor sales.

But after seeing its competitors like Volkswagen preparing their next-gen cars Honda decided that its Accord will make a comeback. After many changes, Honda has again launched its new Honda Accord in Delhi Auto Expo 2016. It is also all set to launch Honda Accord in Thailand later this month.

Honda Accord made its world premiere almost three years back and a face-lift model of it was launched globally too. US specification model of that has now been unveiled in India.

The new Honda Accord has a lot of sophistication in its styling. The chrome splashed front grille is flanked by swept-back LED headlamps, like typical Honda fashion, really looks futuristic. The front bumper design is more impressive than before.

This is made possible by using mesh grille and sleek LED fog lamps. The car has a long hood and roof-line which runs into the large boot. The rear end has a new LED tail lamp and chrome for exhaust tip and boot lid.

The interior of the car is not as impressive as the exterior. But it really looks good when finished with black and beige upholstery with glossy wooden panels for the dashboard. The standard leather seats along airy insides bring the luxury look of new Accord live.

Market price and launch announcement are hoped to happen by April 2016. And its sale in India may start from mid-2016. Honda will evaluate the reaction and feedback of car and then will decide whether to launch 3.5 liters V6 variant of the Accord to India or not.