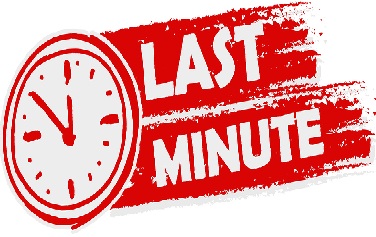 Last minute Health Insurance policy: Obamacare administration has extended a deadline and the website HealthCare.gov contains total 36 states in U.S. Before the deadline of enrollment for health insurance comes near, there was a heavy traffic on its website. The crush was remaining in next day also. The site had received a record 8, 50,000 visits which were five times more than the number logged by the same time last Monday of the deadline. America had given the deadline in 36 states on Christmas Eve and the remaining states operate their own online in a market and some state also extended their last date for enrollment.

More than 1 million people visited the website over the weekend of the deadline and a federal call center received more than 200,000 calls in last weekend. That would also go a long way toward easing concerns that insurance companies won’t be able to sign up enough young, healthy people to keep prices low for everyone. Many people are not happy with the official website and they think that it is full of problem. They said that it should be more user- friendly.

Obama administrator has released news that the federal government has surged 1 million marks in health insurance website. Under President Barak Obama’s health law and combined with many other markets, around two million people have covered themselves through the end of the year. Original goals of the administrations were about two- thirds of received visit i.e. 3.3 million people.

Officials have also take a view of people. Some are given here. Eichenberger, a citizen said, “I am an Obamacare supporter, though I think it is full of problems. I would like to see the whole system streamlined to be more user-friendly. Keep the basic idea, but don’t make me feel like I’m navigating a maze to get a simple checkup.”

Though the date is passed, Kyle Eichenberger, 34-year-old an uninsured citizen from Oak Park, Ill. has posted on a wall of a website that he is not in a hurry, though it’d be nice to be able to visit a doctor without stress. Colyn said, “I feel relieved after enrollment”.

Obama also commented on a heavy rush that more than 1 million Americans had enrolled for coverage since Oct. 1 and by 31st December, more than 3.3 million people have sign up.