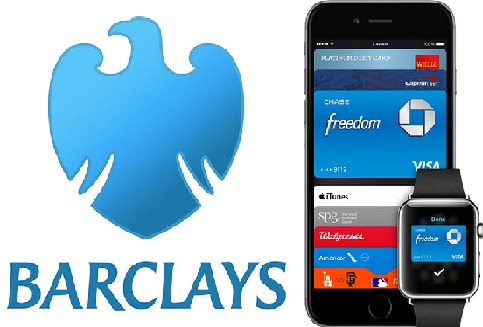 Apple iPhone, iPad and smart watch users in the UK are happy as the Apple Pay will now support Barclays. So now Apple Pay mobile payment service will accept debit and credit cards issued by Barclays and allow account holders to manage their money through it.

Apple had rolled out its contactless payment system through its app called Apple Pay in September 2014. The app was launched in the UK in July 2015. It allows users of iPhone/iPhone with Touch ID or Apple Watch to make a purchase.

To link debit or credit cards issued by Barclays to Apple Pay, users can either scan the card manually or add the details by hitting the button “Add Credit or Debit Card” and set it up following given instructions. It requires Android 8.1 or above to run the Apple Pay.

Barclays is one of the largest banks in the UK and Apple Pay users in the UK were eagerly waiting for service support from it with Apple Pay. As the service is made available now, many are expressing their happiness through social media. Other banks that offer support to Apple Pay in the UK are Royal Bank of Scotland, Lloyds Bank, HSBC, TSB, Halifax, M&S Bank, Nationwide, Santander, MBNA, Ulster Bank, Tesco, First Direct, Bank of Scotland and NatWest and TSB.