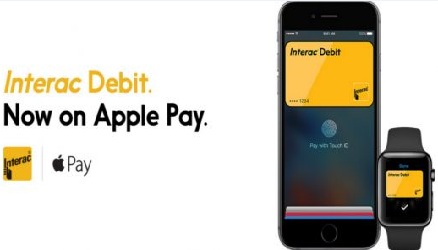 Apple Pay Canada Banks: This mobile payment system is all set to change the way Canadians pay as it will be supported by five major banks of Canada. With this, Apple Pay will be available with these five banks for debit cards and credit cards in Canada. It supports Visa Card, MasterCard, and Interac. Some more banks are likely to be added in the near future.

Apple Pay was launched in Canada in November last year, but it supported only non-bank American Express cards.

Jennifer Bailey, Vice-president of Apple Pay announced yesterday that Apple has made a deal with seven Canadian banks that included ‘Big Five’ to expand its operations in Canada. And Apple is very thrilled to announce the deal. Apple wants it to be successful for both consumers as well as merchants.

Apple Pay in Canada is now available to iPhone users who use credit cards and debit cards banked with CIBC and RBC. Alberta-based ATB customers, as well as customers of Canadian Tire financial services, can make credit card payments using Apple Pay. All security measures have been followed and it is very safe to use this way to make payments.

It is likely that BMO, TD, and Scotiabank would add to this services and users will be able to pay online to retailers through Apple Pay app on their iPads and iPhones.
Currently, Apple Pay is supported in six countries. Users can make a purchase under $100 with it. Information is stored and sent with encrypted digital tokens. A processing fee will be there, which is less for a debit card than a credit card.

Apple has joined hands with payment processor Moneris, it will use 85% of its non-field communication technology enabled terminals. Moneris is hopeful that with an introduction of Apple Pay, its share of a contactless transaction will increase. It is yet to be declared that whether Apple Pay is to follow Universal payment method or not.

Apple Pay is a mobile payment and digital wallet service from Apple that allows its users to make payment with Apple devices such as iPhone 6, 6 Plus, iPhone SE, and later, iPad Air 2, iPad Pro and iPad Mini 3, Mac and Apple Watch-compatible devices. It uses near-field communication, NFC technology, and stores your credit and debits card information on the device in a secured way.

Mobile payment is not much used in Canada, but it is expected to increase with 40% of Canadians having iPhones. It might take a while to catch up the innovative technology.