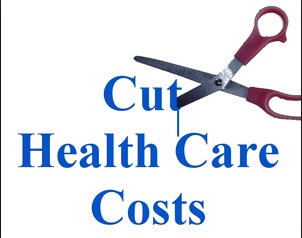 Year to year, health insurance premiums are rising typically say, 16% in 2007 and assumed that 37% by 2050 and 49% by 2082. It simply means that health care will cost nearly half of the income by 2082. This level of spending is unsustainable for individuals, businesses as well as for the government. To stop these costs, here are five suggestions from The Heritage Foundation:

Many experts wrote in their review that if payment incentives were changed to encourage fewer services and less expensive treatments, expanded research on “comparative effectiveness” would help change the behavior of doctors and patients. Many doctors and hospitals are received special incentives for adoption of expensive treatment and procedures. But they don’t serve as per grant or recover more fees from patients.

To make this possible, Medicare could tie its payment to providers to the cost of the most effective treatment. If that payment was less than the cost of more expensive service, then doctors and hospitals would probably elect not to provide it. This will be treated as comparative effectiveness.

This means cost effective treatments should be shared between consumer and employees. Higher cost sharing by employees on drugs would lower spending on health. RAND is a nonprofit research and analytical organization that financed by U.S. government.

It has studied 25 private employer plans to analysis about effect of increasing co-payments results in consumers using less medication and less expensive drugs and concluded that companies used incentive-based formulas to encourage employees to choose drugs with lower co-payments. However, cost sharing formula must be designed to benefit consumers and not only insurance companies.

Part B subsidy is for non-hospital medical care and Part D subsidy is for prescription drugs and they should be reduced for upper income families, according to The Heritage Foundation.

Medicare should be redesigned into voucher type health system (known as defined contribution system) and seniors are given this to buy competing health plans.