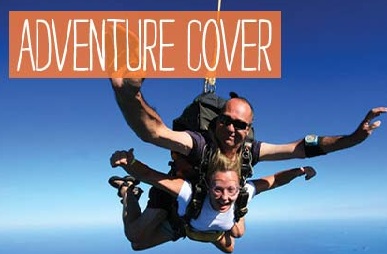 The 7 Deadly Hobbies and Adventure Sports: Pastimes Your Insurer Hates

People want something extreme and active hobbies for healthy living. They take risk to enjoy their time. Some of these extreme risky activities are also coverable under insurance. Insurance companies known such activities as hazardous and charge higher premium from them. Many Government agencies and the organizations are engaged with these activities to determine the highest rates of accident and death under this. Insurers have ranked following activities as per their risk factor:

The highest rank of death is given to Scuba Diving. As per one report, around 150 deaths are caused in a year due to this. Most of the accidents and deaths are caused by Equipment failure, improper ascent or descent and cardiac arrest. As per The Professional Association of Diving Instructors, there are 1.6 to 2.9 million active divers in the U.S. only. License is required for using scuba gear.

Insurance companies generally ask about a diving history and they charge extra $5 for every $1000 on their life insurance premiums. They usually declined coverage who dive deeper than 150 feet.

In year 2009, there were about 4462 people who were died because of motorcycle riding.

While recreational boating, about 739 people were died, 3358 injured and property of approximately $36 million was damaged in year 2009. Amongst them, 84% victims had not worn life jackets.

The U.S. Parachuting Association has 33,000 active members of sky diving and people make more than 3 million jumps every year. During the year 2010, 21 people died due to equipment malfunction.

Every year, about 25 deaths are caused during mountain climbing due to Equipment malfunction, weather, falling rocks or equipment. The highest record of death was 53 in year 1956.

In spite of highest insurance premium for civilian pilot, the prices of premium go up dramatically.

The lowest rate of risky activities goes to hang gliding. The risk of death is 1 out of every 116,000 fights.

According to the National Transportation Safety Bureau, there were seven deaths out of 32 accidents in year 2011.