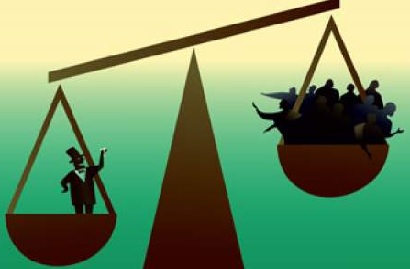 According to Perry and Boudreaux’s analysis, which appeared on the website of the American Enterprise Institute, a middle-class person lives longer and spends less on consumer goods than he did before 60 years. Many economists noticed that the economic gap between rich and poor increasing day by day.

Most families spend income for food, cars, housing, furnishings and other utilities according to citing statistics from the Bureau of Economic Analysis. But this analysis ignores two important elements education and health care. An average American spends $2000 on health care which was half in 1965 and almost $9000 in ending of 2012. The rise in cost is due to increases in costs per beneficiary. According to the Consumer Expenditure Survey, the average household spends $3,313 per year which is more than 5 percent of its pre- tax income on health care.

Though increasing in health care cost, average American live about 79 years, which is 5 years longer than in 1980. So, we can say that life increases with increase in cost. Life expectancy for black women without a high school diploma has been higher than that of white women at the same educational level. The life expectancy gap between high school dropouts and college grades is surprising.

The gap between white people and black people are steadily declining. For white women, a college diploma equates to 10.4 more years of life and for white men, it adds 12.9 years. According to one survey, college graduates make twice more money than high school graduates.

But the problem is with a middle class and poor people. They can’t afford tuition fees for higher education. During the last four years, the cost of tuition for the four-year university has rise from $4,785 per year to $13,608 which is almost three times more. Inflation rate also affects education price. In simple words, we can say that as life goes longer and happier, price rises.

For workers without a college degree, the last 20 years have witnessed a decline in wages, health and life expectancy. The cost of a bright future has gone up sharply and steadily, for families who want to send their children to college. In short, though food, clothing, housing, and other requirements are more affordable for people, last 30 years economic trends make middle-class people live harder than before.