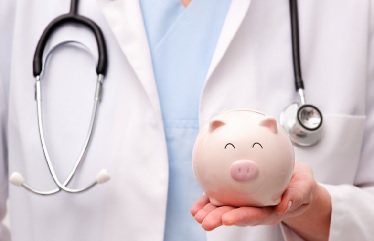 The budget of United States is facing so many problems and health care bill is one of from those. A heavy rise in health care cost both impacts on economic growth and inflation. From decades, this problem is facing by an American government. Often times policy makers debate on this topic to support Medicare a new life. A report of Medicare program’s trustees says that all queries relating new health care act will solve until 2024.

In new act, a prescription for drugs is also covered in health policy which increases a cost of a premium. It is very tough to a steady cost of premium every year because of risen bill of medical treatment and medicines.

In the year 1997 also, the prediction was made that Medicare program will be insolvent in 2001. But new law for health cut, health expenditure gives a new life to the program. The law extended the viability of Medicare for some more years. Now a day also, a favorable trend is arising and we can see health care spending lowest in past 50 years.

According to Centers for Medicare and Medicaid Services, health care cost were rose 3.9 percent in the year 2011 which was lowest data in previous 10 years history. It was lower than overall economy growth and it was a positive sign.

As per the Washington Post, Americans covered by private insurance is fell by 8 million between the year 2005 to 2011. Similarly, Medicare enrollment was 12 million over the same period and many of those covered by employer’s health insurance plan fell back on Medicaid. Economists said that this slow recovery is because of a recession of 2008 and 2009.

People have to pay more on private insurance health care policy. but under government Medicaid, the cost of the premium is relatively low with more coverage. Initially, the cost under affordable care act is less than private insurers but can be increased in future. The actual cost of health care premium will come to knowledge when major provisions of the Affordable Care Act take effect.

As per one forecast, spending on health care gradually rise once coverage under Obamacare will available to the local public. It is still not in knowledge that what affect the Affordable Care Act on how much people. In America, millions of people are depending on Medicare. To avoid a financial catastrophe, medical professionals, patients and government policy makers will make combined efforts.