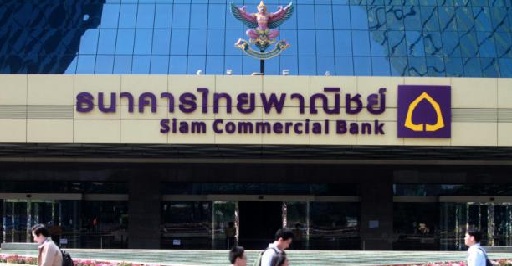 Eight people died and seven have been reported injured at the Siam Commercial Bank (SCB) Bangkok when a fire extinguisher was triggered accidentally. Check all in below given video. The mishap took place late Sunday night around 9:30 pm in a basement security vault where contractors were working on upgrading building’s security system.

Rescue workers immediately rushed to help the victims and tried to get the people out who were entrapped inside. The building was filled with thick smoke.

The fire extinguisher set off by mistake caused the release of fire extinguishing chemical named Pyrogen aerosol. This chemical decreases oxygen in surrounding immediately to control the fire. Lack of oxygen causes death if one is not able to escape from the place.

According to the official statement from the bank, the accident was caused due to negligence on the part of the contractors working over their for better building security.

Five people had died on the spot, whereas 3 died in hospital. Seven of the eight unfortunate were contractors and one was the security guard. Out of the seven injured, four are in critical health condition.

According to the primary forensic reports, victims were suffocated to death due to oxygen scarcity.

According to the official reports, investigations are going on to find out how the fire system was set off and it is too early to come to any conclusions.

SCB is one of the country’s largest financial institutions. The rest of the building remained unaffected and business is as usual.