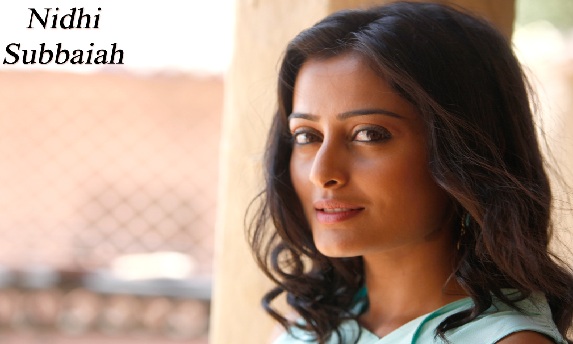 Nidhi Subbaiah, Love Shagun actress is South Indian model and actress. She has worked in many Kannada and Telugu films and co-starred many popular actors. She has been acclaimed for her work in films with many awards. She is a very versatile actress and made her way to Bollywood through her debut in the Hindi film Oh My God. Her biography throws light on various facts about her multi-talented personality. Here you may see her family photos and latest love affairs news.

She was born in Kodagu, a beautiful village in Karnataka. She was the only child to her parents Bollachanda Subhash Subbaiah and Jhansi Subbaiah. She spent her childhood and pursued her education in the Gokulam city of Mysore district. She joined Civil Engineering but quit in the second year of it as she got her modelling assignment and was interested in a career of modelling and acting in films. Currently, she lives in Mumbai.

She started her modelling career with local ads. She did an advertisement for “Fair and Lovely fairness cream”. She got recognition after doing this ad and her beauty was appreciated too. She got offers for the role in Kannada movie. Her first Kannada movie was Abhimani which was not a great success, but her acting got appreciated and she was offered many roles in various films.

She got a tremendously positive response from her comic role in “Chamkaisi Chindi Udaisi”. Her next film was “Krishna Nee Lateaagi Baaro” with Ramesh Arvind and Mohan which was also a great hit. She proved her talent in abundance and there was no looking back.

Nidhi Subbaiah got a leading role in the Hindi movie “Ajab Gazzab Love”. She also showed her stint in the film “Dabangg 2”. Her latest release is “Love Shagun” which is a romantic comedy movie starring Anuj Sachdeva and she has shown sizzling chemistry with him.

Not much has been revealed about her love life and relationships. It is speculation that she was dating Jacky Bhagnani, but she has been dumped now. The actress is covert and doesn’t like to share her private life in public. She is concentrating in her career.

According to the latest news is that Nidhi Subbaiah has two Hindi and one Kannada movie in post production stage. This year she might have reasons to rejoice for her stunning look and performance in Hindi movies!