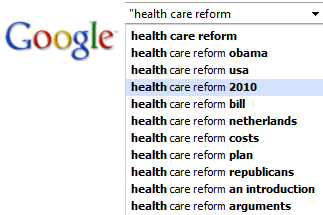 Health Care After Reforms Pros and Cons: Everybody is thinking differently about obtaining health insurance. To expand the coverage, one way is to purchase more and more health policy by people. Second is to impose a penalty or provide subsidies who haven’t purchase insurance still. This is not very tough because the federal government has a lot of authority to regulate public health so that it becomes more affordable.

As every people are not of the same view, there is also a controversy between states also. Some states have argued the insurance exchanges could hurt patients and limit access to care. Some states welcomed to operate exchanges so that individual and small business can purchase health insurance.

As per Obama administration, many people didn’t notice any change in health care system because around 58% or more Americans who are covered under employer-sponsored health care plans will continue for next year also. Exchanges are designed in such a way that possible to sign up online and easily compare plans offered by various carriers.

The changes effects to around 32 million people are uninsured currently and will eventually get coverage. They will enter in the Medicaid which is a health program for low-income individuals and (announced by the federal government) or will be able to buy insurance through one of the state-run exchanges.

After the major changes, insurers will not able to deny people coverage based on pre-existing conditions now. Insurers face the problem of less enrollment when they hike premium prices and when people realize that there are unreasonable annual maximums on benefit claims.

For federal government’s Medicaid, about $14,000 for a single person or about $29,000 for a family of four members will qualify to adopt health insurance. Small businesses will be eligible for tax credits to offset premium costs according to improved plan. People, who are failed to buy an insurance on an exchange are penalized by government and penalty imposed is $695 per person or 2.5% of income because The federal government believes that fine is the only way to achieve its goal of getting 95% insured country.

This circular is not applicable to those whose are paying insurance premium more than 8% of their income. Most Americans believe that it is better to pay for coverage than to pay out of pocket for medical expenses and that’s why they decide to enroll. Under this reform, insurers will have to offer the same policies and pricing for products both inside and outside of the exchanges.