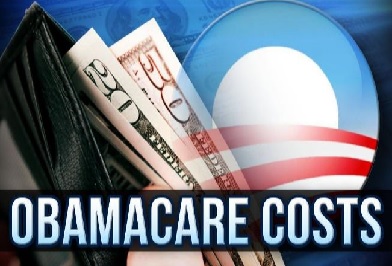 Obamacare Premiums Increase by State: Many of Americans always noticed that every year, insurance premium increasing from 20 to 100 percent for millions of people due to new law Affordable Care Act applied from January 2014. The biggest price hikes are expected to hit a group that represents a relatively small group of the insured population. It includes hardly 14 million people who buy their own insurance opposite to that covered under an employer plan. And a very smaller amount of people is covered under small companies plan.

A new law is expecting to cover 30 million uninsured people but price rise is its negative side. Lots of calls are received to change a law for the people who do not have coverage through a big employer to rise next year. At that time, health care costs already are expected to rise above 5 percent.

According to America’s Health Insurance Plans, insurers set premiums according to age and gender which cause some premium rise up to 50 percent. It further added that a new tax on premiums could raise prices 2.3 percent in 2014 and more in subsequent years. Depending on person’s current coverage, in many cases, insurance plans cover more health care or pay a greater share of a patient’s bill than they do now could add to premiums. It depends on person’s extent coverage.

A spokesperson for the Department of Health and Human Services said that new law in health care would decline the cost and amount of premium of health insurance. The provisions of the law are such that brings cost low.

Generally, $5 is collected from 60 year or above person and $1 is collected from 24 years old person because an aged person needs more health care than young. Aged one generates more claim than young, so they have to pay more. Overall, 24 years old pays $1800 as annual premium and 60 years old pays $6000 annually. Some policies may not cover maternity benefit for a woman and some policies cover the cost of a high premium. The benefit is to 26 years old people that covered under parent’s policy.