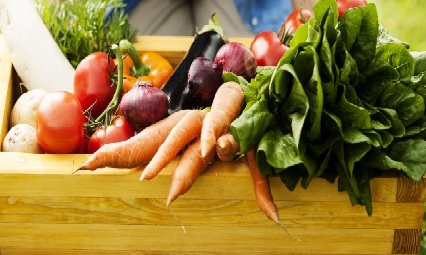 Vegetables are enriched with different nutrients. Eating variety of vegetables supply different type of nutrients required by the body. To get maximum nutrients from vegetables, cooking them in the right way is very important.

It is a myth that eating raw vegetables give more nutrients. In many cases, cooking breaks the outer hard layer so that body can absorb the nutrients easily. Dietician Elaine Magee said that eating cooked spinach and carrots results in higher antioxidant beta carotene levels in blood which later gets converted into Vitamin A. Elaine further added that cooking vegetables helps to increase the amount of magnesium, iron and calcium.

Let’s have a look how can we increase the nutrients intake by just changing the way a particular food is prepared.

Instead of Boiling Your Food, Steam it

Generally speaking it is good to take less cooking time, amount of liquid and temperature. Keeping this into consideration, steaming is the best option to cook most of the vegetables. This holds true for broccoli too, which is one of the anti cancer vegetable. Elaine said “”When buying fresh broccoli, look for firm florets with a purple, dark green, or bluish hue on the top, as they are likely to contain more beta carotene and vitamin C than florets with lighter green tops.”

In a study done in 2009, broccoli was prepared using five methods namely microwaving, boiling, steaming, stir frying and stir frying/boiling. It was found that nutrients were obtained more when broccoli was prepared by steaming. Magee drew attention towards the fact that while boiling the water soluble vitamins a gets mixed with water and unless you drink that water nutrients are wasted as usually we pour the boiled water.

In a yet another study done in 2009, it was found that by boiling vegetables like cauliflower, peas and zucchini, 50% of the nutrients are lost from this vegetables. The researchers concluded that water is not the best friend when it comes to preparing vegetables. However, exception to this rule is found while cooking carrots. It was found that steaming as well as boiling increases the beta carotene in carrot.

It is always better to cook the veggies whole. If not possible try to cut large pieces. Cooking vegetables whole or cutting them in large portions help to preserve the nutrients more.

You can also Opt Microwaving

Microwaving veggies is also a good option as it requires little or no water at all. Also, it requires less time to cook and hence can help preserve vitamins like vitamin C which breaks on heating. Phytonutrients, that are present in plants, provide many health benefits and protection from diseases in humans.

Instead of Frying Food, Sauté

When we deep fry any food, vegetable dehydrates as fat enters the food. On the other hand, sautéing a vegetable in little amount of healthy oil like extra virgin oil not only increases the flavor of food but also increases the absorption of phytonutrients. This is possible as many of the nutrients and vitamins in vegetable are fat soluble so on adding a little healthy oil body absorbs them better.

Olive oil is considered as the best option while sautéing a food as it has high level of antioxidants and phytonutrients. However, one must remember to control the temperature while cooking to increase nutrients absorption.

Depending on the Type of Veggies Choose Griddling, Baking and Roasting

If veggies are griddled with little mount of oil it not only increase the flavor but also becomes more healthy. It was found in a Spanish study done in 2009 that griddling is a good option for veggies like onions, celery, broccoli, asparagus and green beans

Nutrients are preserved or lost during baking or roasting depends on the vegetable. Magee said “Oven temperature, time and the specific vegetable determines the vitamins content, Nutrient capacity will decrease a bit with some vegetables while access to certain nutrients may go up with others.”

When we talk about tomatoes, oven roasted tomatoes have high level of lycopene. Lycopene is an antioxidant that reduces the risk of Alzheimer’s and cancer.

It was proved in a study that on cutting and heating the tomatoes the cell wall of this fruit opens up that allows more access to benefits of lycopene. If we add little amount of olive oil while cooking tomatoes it further becomes more healthy.

Magee said “Lycopene fights a range of diseases, the fat-soluble red pigment found primarily in tomatoes is thought to have the highest antioxidant activity of all the carotenoids and antioxidant compounds, and may reduce the risk of an assortment of diseases, from Alzheimer’s to cancer.”

Magee further advices to not peel the tomatoes or throw away the seed within, as most of the antioxidant power is hidden inside the peel and seed.

So after knowing various methods of cooking which increase the nutrients of food, you must be thinking what is the best method to use? Answer is, it depends on the type of vegetable you are preparing. In general, steaming and microwaving with little amount of water or sautéing with healthy oil like olive oil helps to maintain as well as increase the nutrients of veggies.

Magee says “As researchers have begun to see patterns emerge that show how various food components and cooking methods actually work together to yield even greater health benefits, the study of nutrition has been taken to a higher level. It’s almost as if a new language is being spoken.”