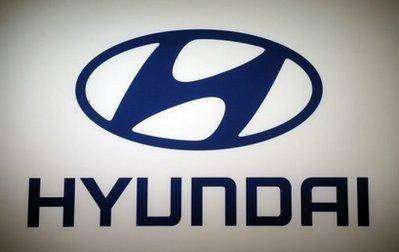 Photos and Information about Hyundai’s Exoskeleton, A Wearable Robot

Korean auto giant Hyundai is building an Iron Man suit, Hyundai’s exoskeleton, a wearable robot. A mechanized suit of gold-titanium alloy with a tiny arc reactor in its chest will make a person wearing it super strong and virtually indestructible.

On Wednesday, the company posted on its blog some photos and little information about the exoskeleton it is building. The Iron Man suit doesn’t look like Stark’s suit, but the company has considered it for an inspiration.

People can strap themselves into the suit and it will assist them with walking or carrying heavy objects. Hyundai has not made it clear whether it has built-in rocket jets or if it could shoot energy beams from its hands.

Looking at photos, it seems it is something that belongs in the film Aliens than it appears in a Marvel movie.

The wearable robot that Hyundai is developing for commercial purposes will found diverse applications. And the robot development is aimed at free mobility of people and things. According to the company sources, it will provide lifting strength of 600 pounds. The suit will be very useful in the military as well as on factory floors. Hyundai believes that it can help increase productivity and reduce the incidence of injuries. The suit weighs roughly about 50 kilograms and it could appeal defence, where pilots can move quickly over long distances.

Korea has a growing aging population and Suits like Hyundai’s could help older people stay for longer period of time. It will also help paraplegics walk again, and aid the elderly become more mobile.

Hyundai promises, “wearable robot development of the Hyundai Motor Group will eventually lead to the free movement of people and things,” and lead to something it’s calling “Next Mobility.”

Hyundai has not made it clear when it will be commercially available or at what price it will be made available. Nothing has been also mentioned about its battery life.