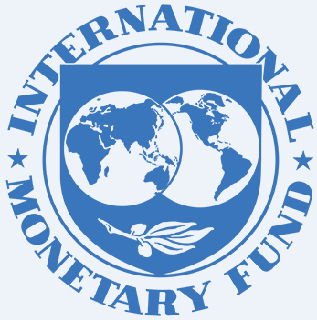 The International Monetary Fund, IMF is facing criticism from its own watchdog of being ‘overly optimistic’ about the economic growth of EU countries that received bailouts.

IMF’s Independent Evaluation Office (IEO) evaluates the Fund’s performance and in its reports, it criticizes IMF’s role between 2010 and 2013crises in Greece, Ireland, and Portugal.

The IEO charges the Fund’s managing director Christine Lagarde for lack of accountability and transparency and allowed political intervention. This has raised a perception that the IMF treated Europe differently. The verdict also points out that the cause of major international discontent for IMF is how it handled single currency emergency.

The IEO concludes in the report that the IMF has lost its ability as a crisis manager because of the way it handled the economic upheaval in the Eurozone. The crisis led to shutting out of capital markets of several states. It also points that the Fund has made overly optimistic growth projections, specifically for Greece and has not learned from its past mistakes.

The report clearly indicates political intervention in the IMF’s technical analysis and strongly recommends that the Fund must work towards minimizing it. The IMF must ensure that its technical work is free from any influence or intervention.

Ms. Lagarde, the IMF managing director has welcomed the IEO report but has not agreed with the criticism regarding the Fund’s performance and she considers how the Fund responded to the Eurozone crisis has been quite a success. She also didn’t accept IEO’s recommendation to develop new procedures for technical economic analysis saying that the report has failed to establish premises of the recommendation. She also thinks that the current policies regarding existing checks and balances are adequate.

Ms. Lagarde also rejected the IEO recommendation that the IMF should strengthen its procedures to ensure agreed policies by its board are fully carried through on the ground, call IMF had contributed €30bn and €28bn of loans to a bailout of Greece in the year 2010 and 2012 respectively. It went to Portugal, Ireland, and Cyprus. The Fund is criticized that it has ignored its policy rule that it would not bail out countries if they do not restructure the economy and debt piles depreciate their currency to make the adjustment.

In July 2012 Peter Doyle, a senior IMF economist had resigned in despair and had complained the Fund of a European bias saying it led to worsening the Eurozone crisis. He also had written in his letter that he was ashamed to have been associated with the IMF.

Ms. Lagarde is a managing director of IMF for the second time. She succeeded Dominique Strauss–Kahn in 2011. Both these IMF heads are facing criticism of not following a code of conducts.

Ms. Lagarde said today that they would strive to perform better and refine their responses. She also mentioned that the Fund will work towards restoring stability and avoid any larger crisis as well as learn from the mistakes made in the past.