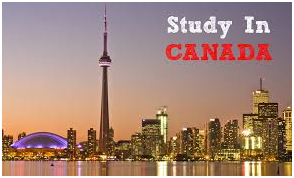 Most universities in Canada finds a record number of rising in the admission of international students to various degree programs for the coming school year. The upward shift in a number of foreign students is steadily rising since 2010, but there is a spike in it after the presidential election in November 2016.

The Canadian government now sees it as a challenge that the trend continues amid stiff competitions from other potential countries, the government also wish that the talented pool from them stay on in Canada as permanent residents.

The University of Toronto draws maximum foreign students and has enrolled 17,452 such students in various study programs last year which make 20% of the total students enrolled. The percentage of international students a decade ago was about 10% only.

One of the important factors for the sudden spike in international students is an election of Donald Trump in November election. With trump coming to power, there is a change in the US politics. Brexit is another important factor. International students are worried about stability and jobs and looking to other countries beyond US and UK. In terms of stability and inclusiveness, they look for Canada as a good and viable alternative.

The Canadian Government wants to maintain 20% of international students in their universities. There is also a little concern over the culture clashes. They are also promoting study programs designed to attract skilled immigrants. Efforts are also being made to retain them after they graduate. Ahmed Hussein, Immigration, Refugees and Citizenship Minister of Canada visited Europe and several other African countries to encourage students to opt for Canada and highlight their entry system. He spoke students and stakeholders over there. They are also taking measures to attract international students. They also encourage them to become permanent residents.