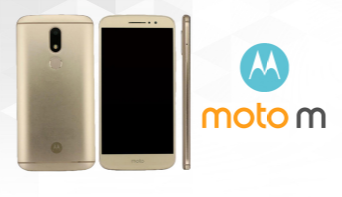 Motorola saw a major downfall in the mobile sector a few years back is again trying to come back in the market. It launched a new Moto M in an event in Mumbai. The new phone has new metal design and fingerprint scanner at the back. The phone is on sale on Flipkart from 14th December 11:59 pm. Its price has been fixed at Rs. 15,999. It is the very low price with best features and specifications.

Motorola Moto M is a completely metal smartphone. One important and good thing about the phone is that it has a fingerprint scanner on the back. Before this company has to give fingerprint scanner in the front in Moto G4 plus, Moto Z and Moto Z Play.

The phone has 5.5 inches full HD screen with 2.5D curved glass. It has octa-core processor with two variants- 3GB RAM/32GB and 4GB RAM/64GB. The memory of the phone can be increased to 256GB wit the help of Micro SD.

The new Motorola Moto M has 16 Megapixel rear and 8 Megapixel front camera with dual tone flash. The phone has 3050 MAH battery which is said to come with fast charging support. Motorola has already launched Moto M in China in November. In China, it was sold for 1,999 Yuan which is approximately Rs. 19,700.

See also  Six Must Try Remedies for Lower Back Pain

The selling of the new Motorola Moto M has already started on Flipkart. It will take a little time to see what response Moto M will get in Indian market. With the pricing of Rs. 15,999 in Indian market Moto M will definitely face competition with other smartphones by competitors.