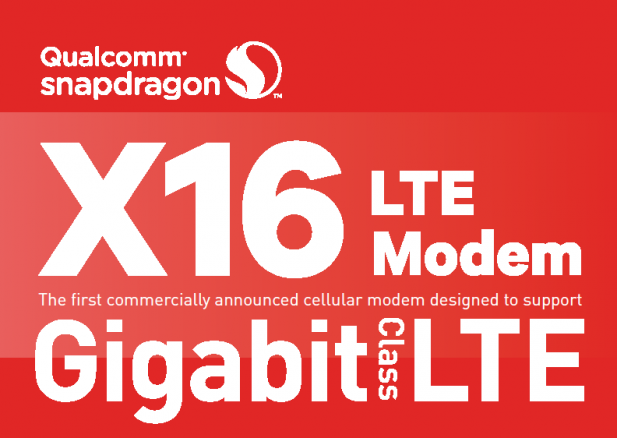 Snapdragon X16 Modem: Speed… this is what everyone likes and wants. What about the speed of 1Gbps? You may feel like it is a joke. But it’s not. Qualcomm announced its new X16 modem which would allow this speed on your phones. The company is all set to achieve this by using the spectrum which is reserved for Wi-FI.

The new generation modem will use unlicensed spectrum with the help of tech called LTE-U. It is necessary that this tech should work along with Wi-Fi too. Recently companies like Google, Microsoft, and others requested Federal communications commission (FCC) to interfere into the matter. As per them, the new tech will slow down Wi-Fi to a great extent as both use the same spectrum.

Google, Microsoft, Comcast, and others wrote a letter to FCC saying that they have performed a number of tests that show LTE-u and Wi-Fi co-exist poorly with each other. They also added that presence of LTE-U slows down Wi-Fi by 80%.

On this Qualcomm Says that they have designed their LTE-U modem with such specifications that they would not affect Wi-Fi by any means. LTE-U have good manners around Wi-Fi which reduce the chance of interference.
The Wi-Fi Alliance, that includes the member from both the sides says they are trying to settle the interference issues with a series of workshops and tests. The worst scenario would be Wi-Fi interference is only clearly obtained only when LTE-U devices are deployed.

Qualcomm is heading with its announcement of a new X16 modem having LTE-U tech. This may come in smartphones by the end of February at Mobile World Congress. X16 modem also has other technologies along with LTE-U which will make them faster than the previous modems. But if LTE-U will not coexist with Wi-Fi, as the critics say, then this will surely work as a big break in making those fastest future mobiles.

This will be really interesting to know what actually X16 modem will bring for us. The fast ever mobiles or ones that will slow down the Wi-Fi.