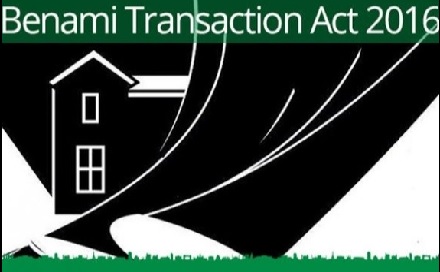 Benami Property Act 2016: After the surgical strike on black money (demonetization of Rs. 500 and 1000 notes) Prime Minister NarendraModi has now declared war against Benami (Nameless or Without a name) property. In one of his speech, Mr. Modi made it clear that demonetization is not an end and he has more projects to make India free from corruption. He made it clear that now they will take action against became property.

After PM declared that next steps will be taken against became property, people were found searching about the same on Google search engine. Earlier, people were also found searching about how to make black money white. The act made against became property has come to effect from 1 November. The Benami Transaction Amendment Act 2015 was notified earlier in the current year but has now come into effect. The act will help in strengthening ownership of the property and will have strict penalties for guilty.

Former IT commissioner Bishvabandu Gupta said that the new act has been made stronger. After this act, a government has now got full rights to seize all such properties. However, he also said that it will be quite a big challenge to find such properties as only few property transactions have been computerized.

Under the new law, guilty person could be sent for an imprisonment of one to seven years and a fine as large as 25% of the value of became property. People giving false information will also be sent behind the bars for six months to five years and penalty up to 10% of a value of the property. However one does not need to worry if the property is in the name of person spouse or children mentioned in the IT returns. Also if the property is bought in partnership with one’s siblings or others and has been mentioned in the IT returns, a person need not worry.

However, if a person voluntarily comes forward and declare all such became property with him/her then he/she will get immunity against the act.