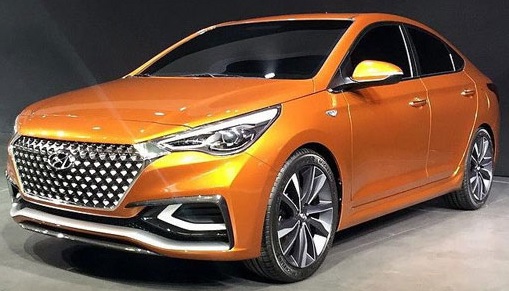 New Hyundai Verna 2017 Release Date: This year has been special for Hyundai as it launched Hyundai Elantra and Hyundai Tucson in an Indian market. Soon the company is going to launch Grand i10 and next generation Hyundai Verna. News has earlier revealed that new Hyundai Verna will look like mini Elantra. The update on new Verna is that it will have a mild hybrid system too.

According to the sources, the new generation Verna will have mild hybrid technology just like one in Maruti Suzuki’s Ciaz. Maruti Suzuki has named this technique as ‘ Smart Hybrid Vehicle by Suzuki’ (SHVS). This technique helps in increasing the mileage of the vehicle. After this news, it is clear that new Hyundai Verna will give tough competition to Maruti Suzuki Ciaz.

If the news is to be believed there is no much difference in the engine of new Verna except the mild hybrid system. This car will be out under the ‘FAME’ program of the Indian government as a result of which, the prices of a car will be less comparatively.

The new hybrid Verna has been already launched in China this year and will be launched in India mostly in the mid of next year. The design of the car is inspired by Hyundai Fluidic Sculpture 2.0 philosophy. The new Verna will have sporty interior and a better infotainment system as compared to the previous one. The wheelbase of the new car will be 30mm more as compared to the earlier one.

The car will be available in 1.4 liters and 1.6 liters, petrol and diesel engine option. The engine will have 5-speed manual and 6-speed automatic gearbox. It has not been deciding yet that which of the two engine will have a mild hybrid system.

These are the few update available for new Hyundai Verna. More updates about the new Sedan will be available in coming times.