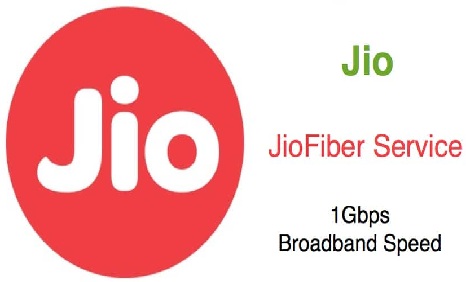 Reliance Started the Testing of FTTH Gigabit Broadband in Some Cities

Register Reliance Jio FTTH Plans Preview Offer: Reliance Jio 4G became the center of a spotlight as soon as it was launched. It became a hot favorite among internet users. When Reliance announced its Jio 4G mobile service, Mukesh Ambani also made some other announcements one of which was to bring 1Gbps speed on Jio FTTH Fibers to the home) service to India.It really created a buzz among Indians as the present speed is only 3.5Gbps, which lists India on 114 globally in terms of speed. Now if the news is to be believed, it is said that Reliance has already started testing the Jio FTTH lines in few cities like Mumbai , New Delhi, and Pune.

Like Reliance Jio 4G, FTTH is also provided at unlimited basis under preview offer to the customers.The company has the plan to start the service in 100 cities in the first phase. It is believed that the fibers for it, has already been laid before a year. The ultimate target of Reliance is to reach 900 towns and cities at the end.FTTH will be given only to those areas or buildings, where the cables have already been laid.

The company has not revealed any official plan till now. However, it is said that the plans have been categorized as follows:
Speed base

Special categories
Signing for GigaFiber is free. One thing to note is that the router for same will cost Rs. 6000.

Where will FTTH come in a picture?

Reliance Jio 4G is of great use to the smartphone users. However, it is not quite effective to replace the broadband at home. FTTH will be helpful here.

If the company manages to keep the price reasonable then there would be really tough competition between Reliance and BSNL and other providers. On a positive side, it would help India to improve its rank in the speed scenario of the world.

Reliance knows how to be in the news for right reasons. If FTTH is coming soon users are more than happy to welcome it.