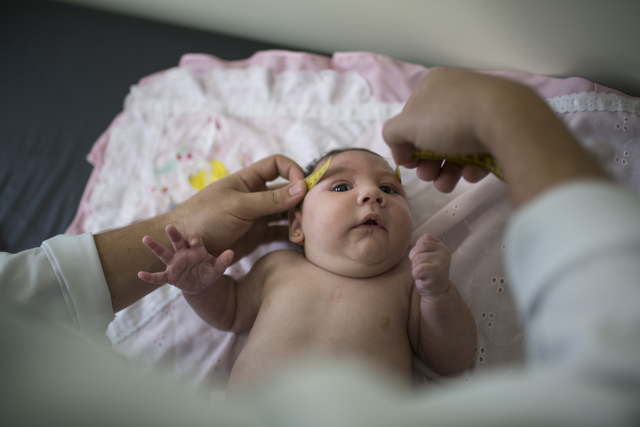 How long does Zika virus stay in System: Nowadays Zika virus has become one of the most threatening a virus in the world. It affects people of all age group. There is no vaccine or treatment for the virus. Zika virus is carried by Ades mosquito and then is transmitted to human by the mosquito. The virus was first diagnosed in 1947 in the rhesus monkey. Zika was first noticed among humans in 2014 in islands of Chile. After then it has been found in various countries like Mexico, Brazil and the list are increasing.

The common symptoms include pain behind the eyes, headache, muscle ache and weakness in the entire body. This illness and symptoms are clear in two to seven days. But what is more threatening about the virus, is the news of it being linked with a rare congenital disease called MICROCEPHALY in infants. Microcephaly is a condition in which a child has a small head and incomplete brain development.

It is caused due to brain injury, exposure to toxins, the genetic abnormality or being infected during gestation by the virus like Zika. This came into notice when around 4000 babies were born with microcephaly in the areas which were affected with Zika virus. Recently in January 2016 head of CDC i.e Centers for Disease Control and Prevention Dr. Tom Frieden told reporters that their priority is to prevent a pregnant woman from becoming affected with Zika.

Health officials in Colombia and Salvador advised women to postpone their idea of getting pregnant till the matter of Zika is resolved. This suggestion is enough to judge the threat of Zika. Dr. Frieden further concludes that association of the virus with microcephaly is getting stronger as the days are passing.

See also  What Is An Annuity Investment? Are Annuities Right for Your Retirement?

It’s high time the matter should be taken seriously and few preventive steps should be taken as that is the only way out. A pregnant woman should not travel to countries affected with Zika virus. If pregnant lady finds a symptom or two she should get herself examine for the virus. And a complete fetal should be tested for the presence of microcephaly.

The woman should avoid sex with men traveled in recent past to affected areas. The infected person should take complete rest and avoid dehydration by drinking plenty of water. The best way is to avoid mosquito bite. Use mosquito repellent, wear full sleeves tops and T-shirts. Water in water tanks, flower pots, buckets bottles and others should be changed at regular intervals.

According to CDC, the best prevention is to avoid mosquito bite but it’s equally important to stop sexual transmission too. After its linkup with Microcephaly, Zika Virus is the potential of ruining the next generations. Hence Zika virus has become more threatening now.