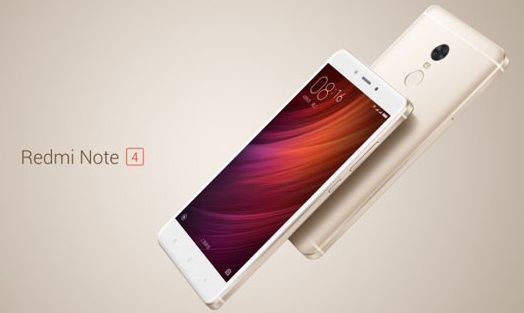 Xioami has introduced its Redmi Note 4 smartphone today at an event held in China. The smartphone is made available in two variants: 2GB RAM/16GB storage and 3GB RAM/64GB storage at the price of 899 Yuan and 1199 Yuan respectively. The device is available in three variants colour options: Gold, Silver, and Grey.

Redmi Note 4 is a Successor to the Redmi Note 3which the company had launched earlier this year. Redmi Note 4 comes with improved hardware upgrades and improvements in design.

All designed in a metal body, Xiaomi Redmi Note 4 comes with a 5.5-inch Full HD screen with a resolution of 1080×1920 pixel. The handset is powered by 2.1GHz deca-Core MediaTek Helio X20processor. It features 2GB/3GB of RAM and 16GB/64GB internal storage that can be expanded through micro SD cards.

The smartphone provides connectivity to 3G, 4G, VoLTE, Wi-Fi, Bluetooth, Glonass and GPS. It comes with a fingerprint sensor. It has a 4,100mAh battery that lasts longer and charges fast.

Xiaomi is also likely to launch Redmi 4 soon. Xiaomi Redmi 4 is a successor to Xiaomi Redmi 3. It is expected that the phone will feature a 5-inch full HD display. It is likely to be powered by Qualcomm’s 64-bit Snapdragon 2.02GHz 625 octa-core processor. It could also be available in two variants: 2 GB RAM with 16 GB storage and 3GB RAM with 64GB storage. It might be packed with a 4,100mAh battery too. Prices and much about other specifications have not been revealed by the company yet.

Xiaomi is a major player as in the mobile industry to ship high-end smartphones for mid-range prices. Xiaomi mobiles have made a global presence and have been a great success. 1.75 million units of the budget Redmi Note 3 have been sold so far. Xiaomi has sought many users in India too.