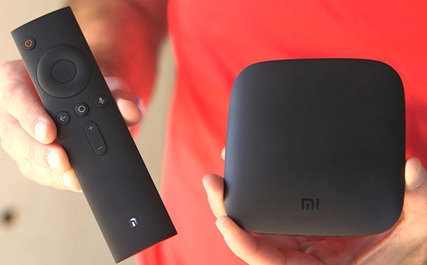 Chinese electronics company Xiaomi, best known for its smartphones, on Wednesday announced an Android set-top box dubbed as 4K Mi Box powered by Android TV. Xiaomi partnered with Google and its Android TV streaming media and gaming platform. It is the first Android phone makers to make a device which is compatible with Android Daydread, Google’s new VR platform.

The new Mi Box will be launched soon in the US. Its price is not specified yet. It is not the Company’s first foray into smart televisions. Xiaomi also has a popular line of televisions called Mi TV which are also powered by Android. The company has sold over 10 million smart TVs and set top boxes since 2013. The Mi Box will be the first from the company that is running Android TV.

The Mi Box is a standalone set-top which can be used to stream 4K video content. The set-top box can stream 4K content at 60 frames per second. The Mi box supports the HDR10 standard which offers improved brightness, contrast, sharpness of picture, colour and clarity. Audio standards supported by the new Mi Box are Dolby Digital Plus and DTS Surround Sound. It also provides HDCP 2.2 support, HEVC and VP9 decoding.

The Mi Box is powered by a quad-core ARM Cortex-A53 CPU and Mali 450 GPU. It sports 2GB RAM and 8GB built in storage that can be expanded through a USB port. The 4K Mi operates through a Bluetooth remote control that includes voice recognition, it also has Google Cast as a built-in feature that will allow for content downloads from both Android and even iOS devices. It is compatible with the Mi Game controller.

Android TV from Google has already gained some momentum in the 4K market and the new 4K Mi set-top box will help this excellent smart content platform go step ahead.