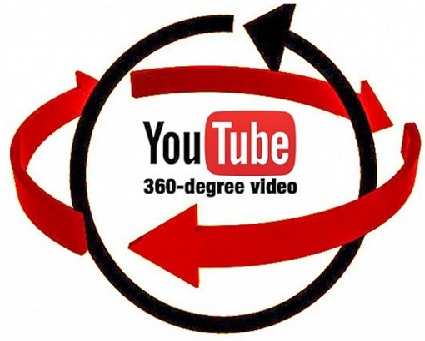 YouTube has announced supports to 360-degree video streaming and spatial audio to its service and with this, it is entering the world of VR. To prove the worthiness of the feature, YouTube will live stream a few select performances in 360 degrees from annual performance in Southern California, the Coachella music festival from 22-24 April. YouTube is the first to offer 360-degree streaming and spatial audio at the same time.

Currently, YouTube will not charge anything for 360-degree streaming, it is provided absolutely free. It is costly to produce 360-degree streaming as it requires special cameras which are quite costly. It is going to cost a lot to YouTube in the short run.

In addition, to live streaming in 360 degrees, YouTube is now to support resolutions of 1440p 60fps for live streamed video. It means it provides about 70% more pixels than earlier HD of 108p. This will offer a great experience on video game streams on YouTube Gaming.

A great thing about the 360-degree video streaming is that it doesn’t require any additional hardware; just a headset will provide you the VR experience.

According to the reports, YouTube has worked with ideoStitch, Two Big Ears, ALLie, Vahana VR and Orah 4i and other software and camera companies to support 360-degree live streaming.

YouTube is also introducing support for spatial audio to its on-demand videos. Spatial audio provides the sound exactly in a similar way you will hear in real life. Spatial audio will be made available for select videos.

The 360-degree video will attract young users more. The VR streaming video content is going to make a massive move in video streaming.