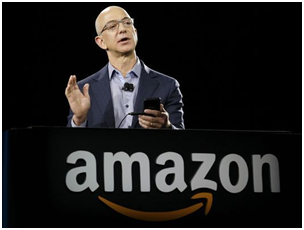 The giant online retailer amazon.com has announced today that it is to add 2nd headquarter which will add up to 50,000 new jobs. It has started the search for it. The new venture will cost about $5 billion to raise the building and make it operate.

The company is giving priority to the metropolitan areas having over one million people. It is seeking bids for the project. It is likely that the new headquarter will house sophisticated equipment and delivery system which will include its own fleet of cargo planes and fulfillment centers.

Amazon is looking for a complete headquarters and not a satellite office. The company has its headquarters in Seattle and the new one will also be equal in capacity. It will hire new executive and new teams for the 2nd headquarter it is about to start. Existing team of the seniors will take care of it. Employees who are already working with the company will be provided an opportunity to move to new headquarter if any of them desire so.

Seattle based Amazon has added billions to the city’s economy from 2010 to 2016. The e-retailer has its fulfillment centers at several US locations which include California, Texas, New Jersey and others. The company is investing beyond its Seattle headquarter and has taken several initiatives. It acquired Whole Foods in the month of June; Whole Foods is a retail chain of 450 stores across the US. Amazon will set up lockers at some locations for customers to pick up online orders. The company has also made brick-and-mortar presence; it has set up eight book stores and is about to open five more. It has plans to open up Amazon ‘experiences’ inside 10 Kohl’s stores next month.

See also  Sign up for Active.com Newsletters to Get the Latest Events