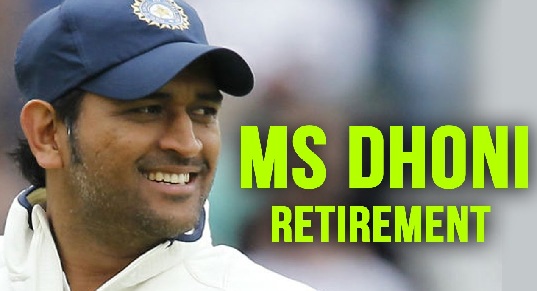 Indian team lost a crucial semi-final match against West Indies in T-20 World Cup. Indian team played well but could not make to finals. The semi-final match will be remembered for many reasons one of Which is the epic reply by Indian captain M S Dhoni during a post-match press conference. Dhoni was asked about his retirement by Australian journalist to which Dhoni’s reply was epic. He further added that he knew this question will be raised but he thought an Indian journalist will ask this question.

After the match routine, the post-match conference was taking place. An Australian journalist named Samuel Ferris asked Dhoni “Will you continue playing after this tournament.” To this smiling, Dhoni replied “Come here .Let’s have some fun.” At first, everyone thought that Dhoni was just pulling the journalist’s leg for asking such question. But Dhoni again asked Samuel to share the dais with him.

Australian journalist moved to the stage where Dhoni pulled up a chair for him. Dhoni put his hand over journalist’s shoulder and started a conversation. Dhoni asked “Do you want me to retire?”to which the amused journalist replied “No, I don’t. I was just asking.” Dhoni said, “Well you know if you were an Indian then I would have asked whether you have a brother or son who is a wicket-keeper and who can take my place in the team,” . “True very true,” replied the Australian journalist.

Dhoni further questioned him “Do you think I am unfit? To this question, the Australian replied “No.” Now came the trick question “ Do you think I can survive till 2019 world cup?” The shocked journalist replied, “Yes sure.” Tapping journalist on the shoulder Dhoni said:” Then you have answered the question.” The whole press room burst into laughter.

Throughout the conversation, Dhoni maintained a smile on his face. Well, this was not the first time when Dhoni snapped back at the journalist.