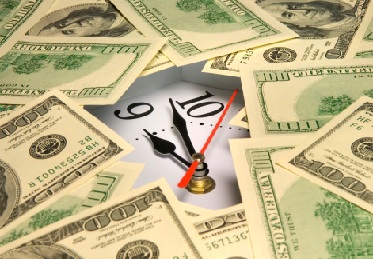 What will You Gain From New Overtime Rule

The white House is rewriting the overtime rule that will affect millions of employees around the country. According to the present rule one is eligible to overtime pay if you work more than 40 hours a week and earn less than $23,660 a year. But with the new law, this will rise to $47,476 a year. Here you may know all about Federal overtime new rules for hourly employees.

According to the estimates done by White House, this will cover at least 4.2 million workers who are currently devoid of it as they fall between the old and new threshold.

It is believed that thee new rules will give workers either more paychecks or more leisure time.

Lets have a look on changes that can occur if your pay falls between old and new threshold.

At present if you earn something between $23,660 and $47,476 and do some kind of managerial duties than you do not get the benefits of overtime rule. But according to the new rule, these low paid managers will be compensated if they work more than 40 hours.

Tammy McCutchen, a management side lawyer, said that if a persons pay lies under the threshold level, then his/her employer may raise their salary by some dollars to avoid paying overtime everytime.

If a person work long hours currently and is not paid overtime and according to the new rule he/she becomes eligible to get overtime then their boss may simply restrict their working hours to eight hours, to avoid paying overtime.

It may happen that you become eligible for overtime pay but still do not get paid extra. This is possible if your boss lowers your base salary to offset any overtime.

However, a major drawback here is that if you work less than 50 hours a week you will face a pay cut as you will only be paid for hors you have worked for.

As long as the employer is paying the least wages under federal and state law, the federal government cannot tell employers how much they should pay to the employee.

Many times companies offer more generous benefits to exempt staffers as compared to the non exempt employees. So, workers who are reclassified as non exempt may not be eligible for bonuses or profit sharing. They may also see changes in health benefits and vacation schedules.

Employers are not happy with the new rule. They are calling the new rule as `career killer’. They warn that as nothing comes for free, they will have to reclassify the salaried workers as hourly ones. This will also affect the flexibility of workers according to some people. Some employers may also lower the base salary.