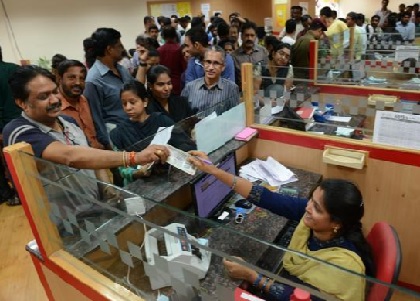 Cash Deposit Limit in Bank Without Pan Card: It is being believed that after the surgical strike on black money, a government is discussing to levy 60% IT on unaccounted or extremely large deposits without any accounts. This discussion has been undertaken after there was a deposit of around 21000 crores in Jan Dhan accounts, which up till dates had nil amount, just in fifteen days after the 500 and 1000 currency notes were banned in the country. It is believed that this depository has been done to convert black money into white.

There has been no official update about the discussion. This meeting was called urgently in between the parliamentary session. Traditionally decisions taken during a parliamentary session are not to be disclosed out. According to the sources, a government is strict regarding the unaccounted money to be deposited in the bank and tax to be levied upon it.

There have been many remarks given by the government after 8 November when the 500 and 1000 currency notes were ban. Black money holders are said to be in big tension after this. However, a government has given time till 30 December 2016 to deposit one’s money into the account.

Officials have said that if a person deposits more money than the decided limit, he has to pay 30% tax plus 200% penalty. Officials have also added that government is trying to bring an amendment in the present law so that more than 45% tax can be levied on black money.

See also  How to Get Disability Income Insurance?

According to the scheme that ended on 30 September, 45% tax was levied on declared black money. People who did not take advantage of the previous scheme will now have to pay 60% tax on their unaccounted money. Many people took advantage of the earlier scheme and disclosed their black money outside the country. The government is very serious about ‘benami’ deposits in the Jan Dhan accounts.

It is also believed that government is thinking on deciding the limit of keeping gold at home. But this has not been clear whether this was discussed by Prime Minister Modi with people of his cabinet. The meeting was called after knowing that people are afraid to deposit their money in the account due to large amount holdings. Sources said that government wants people to deposit their 500 and 1000 currency in their accounts instead of burning or destroying them.

It is to be noted that government made it clear that if more than 2.5 lakh of money is deposited in the account then there will be tax plus 200% penalty levied on the holder. This penalty will be levied in case the deposited amount is more than the income.