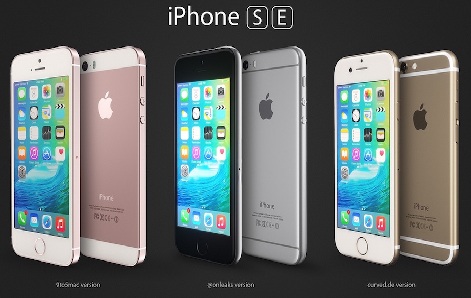 Apple’s newest iPhone, iPhone SE, will be offered in India from April 8, 2016. It was marketed as the cheapest iPhones in India. It will be sold for Rs 39,000 in India. So the fact that it is the cheapest iPhone does not hold true for India. India is one of the emerging markets of smartphones and iPhones, so the fact that iPhone SE is not being launched in the first round has brought disappointment in India.

According to Faisal Kawoosa, lead analyst with CyberMedia Research (CMR), Apple could have indicated that India is on its priority list by making new SE iPhone available in India in the very first round. The company had mentioned about the significance of Indian market to it but still not including it in the list where the iPhone SE will be launched first, is a big turn off.

iPhone SE has size and design of iPhone 5s and capabilities and specs of iPhone 6s. iPhone SE has a 4-inch screen and it represents Apples’s second bid for the crowded mid-tier market. The new phone has A9 chip and M9 motion co-processor.

Other specification of the phone includes 12MP rear camera, 12MP front camera and Touch ID. It works on iOS 9.3 operating system. The phone has improved battery life and new microphones. It has new image signal processor which helps to shoot panorama up to 63MP, 4k video and slo- mo up to 240 fps. The phone will be available in four colours Silver, Gray, Gold and Rose Gold.