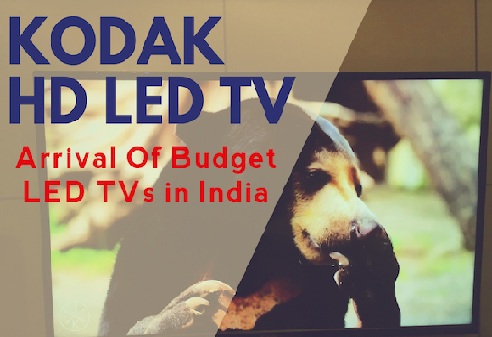 President of Kodak’s Consumer and Film Division and Global Chief Marketing Officer , Steven Overman, said, “We are very pleased to partner with SPPL to address the burgeoning market for TV sets in India.” He also added that “Kodak has played a key role in the development of the entertainment industry in India and around the world. We look forward to providing consumers in India with a new range of great Kodak-branded products”.

SSPL will sell the TV offline too. In a statement by Avneet Singh, Director of SSPL, said “We also have an offline setup. We first want to be established and popular on online channels and then go offline. We will decide after this quarter how much time we will take in doing it.” He also added that the company has over 100 service centres around India.

See also  How to Use Peanuts for Lowering Cholesterol?

The smart HD TVs feature WI-FI, ARM cortex A7 Processor and it runs on Android version 4.4. The TV sets support USB, HDMI and VGA ports for connectivity. The TV comes with a response time of fewer than eight milliseconds and also has features like Progressive scan and YPrPb resolution.

SSPL will assemble the Kodak LED TVs in their present unit at Jammu, Una in Himachal Pradesh and Noida. SSPL and Kodak also plan to launch 4K TV and curved TV series in near future.