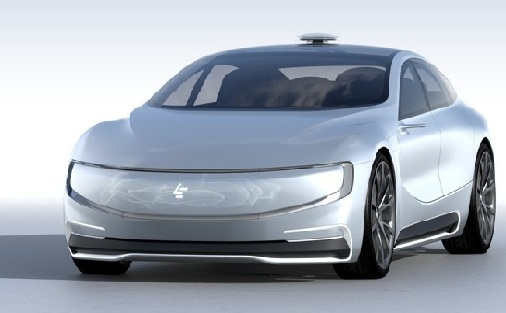 LeEco, the Chinese technology company unveiled its first smart electric car, named LeSee, at an event held in Beijing on April 20. It is claimed to be the world’s first driverless electric concept supercar. The company firmly believes that it is building a new era for the automotive industry. All techno lovers now want to know about features, price, and availability of LeEco’s smart car LeSee.

The car was unveiled by LeEco founder Jia Yueting and Le Supercar co-founder Ding Lei and showed the automated driving capabilities of the supercar. The car was controlled and parked through a Le2 smartphone launched at the event. According to the company sources, the electric car is based on LeEco’s intelligent shared transportation ecosystem and it will be formally launched at the auto expo.

The new LeSee is an all-electric sedan that can reach a top speed of 130 miles per hour with automated driving capabilities. It can accelerate from zero to 60 mph in three seconds.

The supercar is designed to be owned or shared as part of a fleet of vehicles that can be ordered via a smartphone app. This new concept car is at a superior position in the large-size sedan segment.

The concept car features a headlight system that will indicate whether it is on autonomous drive mode or a human being is driving it. It also shows the gender of the driver.

While in autonomous driving mode, the steering wheel of the car folds and contracts into the dashboard that provides much space to the driver.

Back seat of the car is designed in such a way that passenger can lean on the intelligent foam sofa that shapes automatically to adjust the passengers’ sitting position. It sports an individual entertainment system for each passenger.

The company has not announced anything about the commercial launch of the vehicle and price at which it will be made available.