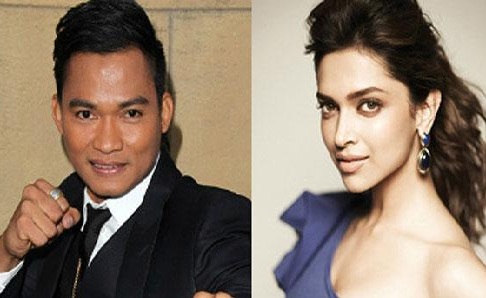 The movie team and Deepika Padukone have posted some of the photos on their twitter and Instagram accounts and have found so many followers. A latest working still of the movie featuring Deepika Padukone with Tony Jaa, one of the team member has been posted and it has become viral. Earlier this week, a working still that included Deepika Padukone, Mike Bisping, Ruby Rose, Nina Dobrev, Kris Wu, Rory McCann and stunt team was posted on Instagram by Mike Bipsing on his account and it was also trended in social media. Deepika’s Hollywood debut become limelight with the stage set, cameras rolling and social media going overboard with sneak-peeks into the film sets.

Deepika Padukone is an Indian actress and model and is one of the highest paid actresses. She is acclaimed for her acting in Bollywood cinema. She is a very versatile actress and has received many awards including three Filmfare awards.