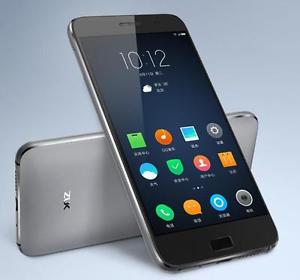 Lenovo Z1 is Scheduled for Launch in India on 10 May

Chinese consumer electronics major Lenovo is all set to launch its ZUK brand to India. It will unveil Z1 smartphone in India on May 10. Lenovo India took to Facebook to announce launch date of its new Z1 smartphone, under its online-only sub-brand, Zuk. Here we discuss on price, specs, review and phone details.

In the Chinese market, the Z1 is sold as the Zuk Z1, but in India it will be dubbed “Lenovo Z1 – powered by Zuk.” A very interesting feature of the Lenovo Z1 is that it runs Cyanogen OS 12.1 based on Android 5.1.1 Lollipop and it offers many options to users to customise their phones.

The Z1 smartphone is a dual SIM phone. It weighs 175 grams and measures 155.7×77.3×8.9mm in dimension. It flaunts a premium metal-frame around its edges. It sports a 5.5-inch full HD display. The Lenovo Z1 smartphone is equipped with large 4100mAh battery which can keep the phone running for up to 21 days under standby mode.

The new handset is powered by a Qualcomm Snapdragon 801 processor clocked at 2.5GHz with integrated Adreno 330 graphics. It sports 3GB of RAM and 64GB of inbuilt storage which is not expandable. It has Type-C 3.0 port and provides connectivity to 4G LTE and Indian LTE bands – FDD Band 3 and TDD Band 40 and Bluetooth 4.1, Wi-Fi a/b/g/n/ac, GPS and Glonass.

The price at which it will be sold is yet to be announced. Speculations are that it would be priced around 15,000.