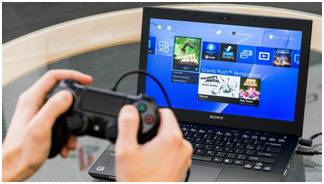 Want to check the list of popular ps4 games right now? Then let’s check new ps4 games, top 10 ps4 games in the world and the best of all time. PlayStation 4 is the eighth generation of video console games from Sony Entertainment. It offers ultimate gaming experience and the year 2021 has been the year of PS4 games. Several titles for PS4 games have been released so far and delivered fantastic gaming experience.

In the game, the player in the form of a legendary white wolf plays the role of the mythical sun goddess Amaterasu. She is on a quest to destroy Orochi, an eight headed monsters who is turning the world into a ruined wasteland and restore life to the world. The more she restores the color, the more powerful she feels.

It is a massive adventure and amazing game. It is Tom and team Ninja again. There is a battle of the Osaka summer campaign in which brave men fight and die for good cause. It depicts valor and violence and brutality of war. It has tremendous sound and full of unimaginable joy and sorrow. 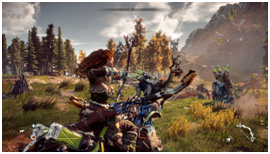 It is a stunning adventure and next-gen game in a true sense. It offers you fabulous PS4 experience. It is an action packed game by Guerrilla Games. The game juxtaposes a vibrant world enriched of beautiful nature and the world filled with awe-inspiring highly advanced technology. The game is built upon the speed and cunning of Aloy versus the strength and the machines. It is fantastic to find how Aloy intelligently overcomes it with agility to survive every encounter. It stunningly details forests, mountains and ruins of a bygone civilization.

Resident Evil 7 offers a horror experience. It takes you through fears as you walk through its incredibly unpleasant locations. It is packed with terrifying encounters. It not only vows its spectators but also sparks a minor revolution in the manner in which it keeps one engaged. The game has been consistently ranked among top ten games of the year.

It is a well structured game with excellent plots. It walks you through the mysteries of ancient Egypt which includes uncover the lost tombs, climb the pyramids, and discover the last pharaohs, secrets of mummies and much more. You get to explore a whole country Mediterranean Sea to the tombs of Giza, fight against wild beasts, travel through unpredicted land and lot more.

It is a puzzle adventure game that takes you through the horrifying interactive world. There is a puzzle to untangle. It features outstanding sound. It is an interactive game that includes part dream, part nightmare, six’s world. It awakens inner child in you and unleashes your imagination. It is one of the top 10 PS4 games.

Persona 5 is an ostentatious games defined by a stunning block color art style. It is the longest game that can be played on PS4 and could last over 70 hours. It is a bold role playing game from beginning to end.

Dishonored: Death of the Outsider

Death of the Outsider is a fantastic game which is an expansion to its earlier version Dishonored 2. It is an action packed adventure. It is equipped with supernatural abilities, gadgets and weapons which empowers you to approach any situation your way. The game offers plentiful of game play options for experimentation to keep you immersed in the game.

The massive game is sequel to its original; Destiny 2 keeps its promise with bigger story and impressive set. It is very rich in its content. It is an online multiplayer first person shooter game which can keep you engrossed in it for hours. It offers an exciting way to play the game packed with action and superior weapons that can be managed with real-time voice commands.