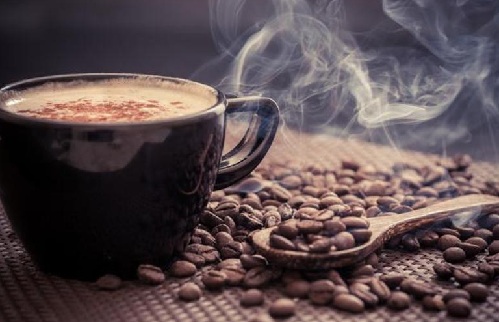 Worried About Your Liver? Drink Coffee to ‘Reduces Risk of Liver Disease and Lowers Cholesterol’

The number of people suffering from a non-alcoholic fatty liver disease associated with obesity is increasing; it has become a concern on how to prevent the disease. A new study recommends that people should drink more coffee to combat the fatty liver disease.

The surge in the number of people suffering from obesity crisis and fatty liver disease is mainly due to sedentary lifestyles and poor diets. The non-alcoholic fatty liver disease can develop scarring of the liver which can lead to cirrhosis, a life-threatening disease.

An Italian team of scientists carried out research on three groups of mice over a 12 week period. One group was fed standard diet, one high-fat diet, and another one was given high-fat diet plus a decaffeinated coffee solution.

A study reveals that drinking six cups of coffee reduces the risk of liver diseases significantly. It even fights help obesity. A study conducted on mice, scientists found that mice which were fed with a daily dose of coffees equivalent to six cups of espresso for a human of 11 stone gained less weight and had less risk of the liver disease. It also reduces the level of cholesterol.

Scientists have found that coffee improves the structure of the intestine. Studies by the scientists from the University of Napoli have found striking revelations. It shows that coffee consumption increases the level of the protein called Zonulin which improves gut efficiency. It significantly improves intestine’s permeability to filter out harmful substances.

Earlier studies had also shown that coffee can reverse the damage of NAFLD but consumption of coffee can influence the permeability of the intestine is revealed for the first time.

This study provides insights and future research can be carried out to find the therapeutic role coffee in combating NAFLD.