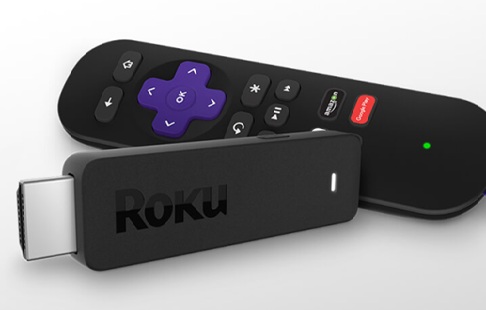 Roku has rolled out a new Streaming Stick that is faster, slimmer and includes more features than the previous one all at the price of $50. The new Streaming Stick is an inexpensive, back-of-the-television alternative to media streamer boxes like the Apple TV. Here we discuss on Roku’s streaming stick channels, setup guide, troubleshoot help and customer review.

The new Roku stick is powered by a quad-core processor. The Stick is so small and slim that makes it easier to fit into cramped HDMI ports, surrounded by cables. Its one end has an HDMI connector for plugging the stick into your television and the other end has a micro USB port for powering the device. The stick comes with a USB-to-micro USB cable and a wall adapter. You can also plug the cable into a free USB port on your television if connecting it to power outlet is not convenient. The connector is placed at right angle on the micro USB cable and as such it can be connected to television’s USB port without looping it outward.

The new Roku Stick is far more streamlined. It measures just 3.3 x 0.8 x 0.5 inches which is significantly smaller to make you wonder about how so much technology is packed into such a tiny gadget.

The included remote communicates with the stick over radio instead of IR, so you can point it anywhere provided you are within range of about 30 feet of the device. Size of the remote is reduced making it more comfortable to hold. It is lighter too. It has a standard design that is slightly curved rectangle equipped with a large purple navigation pad.

Good thing about the $50 Roku Streaming Stick is that it is one of the least expensive devices to stream video from Netflix, Amazon, Hulu, HBO, Sling TV and other online services. It has an updated app that lets you listen via your phone’s headphone jack. It offers better search and more customization.

Limitation of the device is that it has no Ethernet port, so means it works via Wi-Fi only. Some app interfaces are not robust as other rival devices. Private listening feature misses on lip-sync with some Bluetooth headphones.