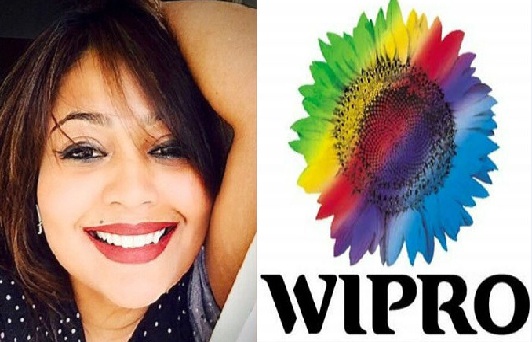 A 40 year old Indian woman, Shreya Ukil, Who had worked as senior techie at Wipro back office in London, has claimed to win a lawsuit against Wipro for gender discrimination, unequal pay and vistimisation in a British Tribunal. To this Wipro said that the tribunal has rejected the claims of adverse cultural attitude going on in the organization towards women.

Shreya had worked for around 10 years for Wipro. She was successful in bringing million dollars contract for the company and was also awarded for her achievements. But when she raised her concerns in 2012, they went unnoticed. Instead, management, by their means removed her from her role in London.

Shreya’s lawyers Slater and Gordon, in a joint statement from London said that Wipro leadership team including the then chief executive T.K.Kurien, had conspired to push Ukil out of her job and her role in Britain.

The company sacked shreya and her senior Manoj Punja saying that they wee relieved from their service as they were into relationship and did not inform the company about it as per their policy. Shreya then filed lawsuit with tribunal and said that she was forced into an affair by Punja.

Shreya tried to resign from the company through an email to Premji, Wipro’s chairman, which was not accepted and then she was fired by the company after four days.

London Employment Tribunal found that the orders to sack Shreya had come from very top. Their statement stated “ Ukil was victimised by Wipro’s leadership for speaking up about sex discrimination, unequal pay and a culture of sexism.

Wipro said in a statement that “it was pleased the tribunal had upheld the dismissal of the complaint from the services of the organization as appropriate and rejected claims of adverse cultural attitude towards women in the organization.”

Shreya responded to Wipro’s statement by saying that she has won claim for equal pay. She said she was paid less as compared to male colleagues when she was working equal to them and had same grade. She also added that court ruled in her favour on sex discrimination, victimization and unfair dismissal.

Shreya said that verdict on her charges was published On April 18, 2015and the verdict on equal pay was published on July 7, 2015. According to Shreya, tribunal also found that rejection of her resignation in September 2014 by the company was act of victimization and her dismissal was unfair. Shreys said “The tribunl found that I was the victim of acts of sexism and racism, as the company did not upheld the well-founded complaints of discrimination against me.”

Shreya was also asked to sign an indemnity to prevent claims against company in October 2013. Tribunal has taken this as act of victimization.

Shreya said that after this judgment companies will again reassure that women in their companies are treated well and fairly.